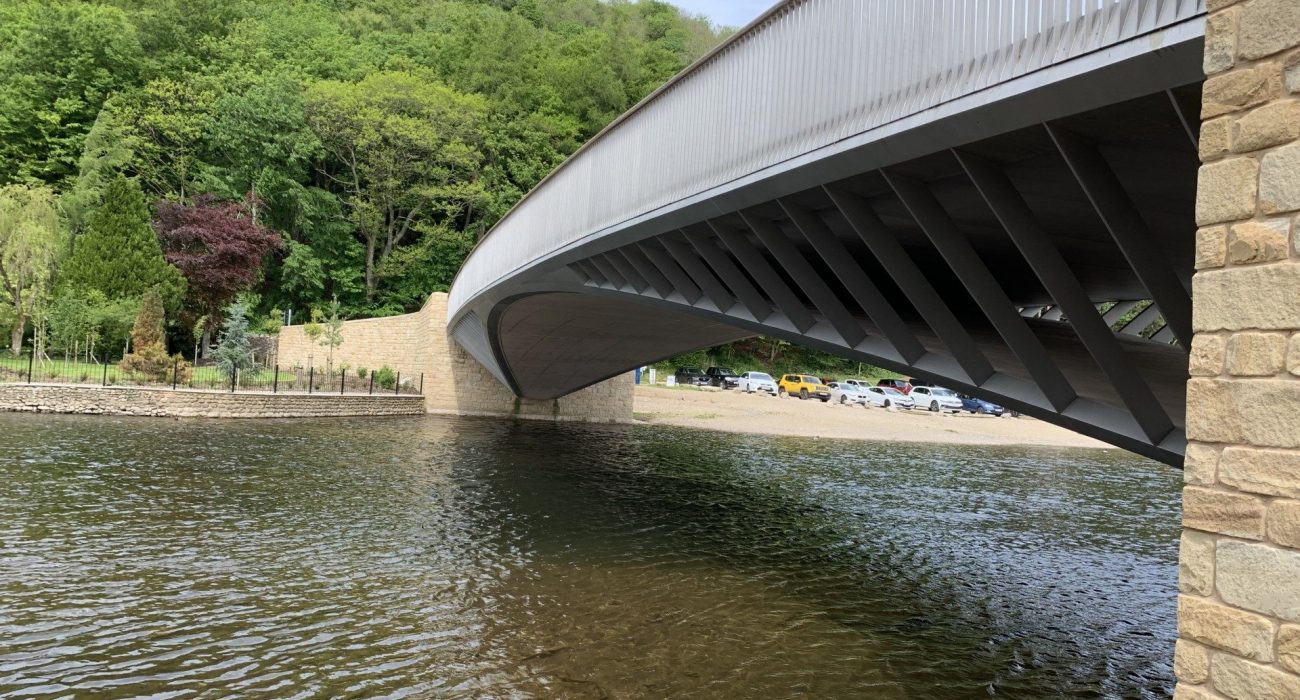 Pooley Bridge is a pretty village with a population of around 1,000 people. There are roughly 100 houses here.

Historically, Pooley Bridge was a fishing village. It is now a busy and vibrant place, catering to the millions of tourists who visit the Lake District every year. 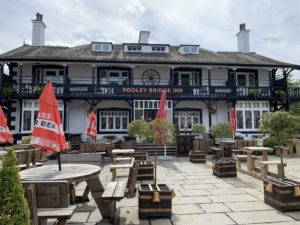 Originally named ‘Pooley’ or ‘Pool How’-meaning the ‘hill beside a pool’, the ‘Bridge’ part of the name was added in 1800. An ancient and derelict pond exists behind the Sun Inn, and the hill towering above the village is Dunmallet, the site of an ancient British hill fort.

The bridge which gave its name to the village was built in 1764. It spanned the River Eamont, which in 1764 formed part of the boundary between the counties of Cumberland and Westmorland – whose councils organised and funded the bridge’s construction.

The River Eamont flows out of the lake and runs through farmland to Eamont Bridge, south of Penrith, eventually joining the River Eden.

The initials of construction workers and stonemasons together with the year 1764, were carved into the stonework of the buttresses but were sadly lost in the floods following Storm Desmond in 2015.

The floods in December 2015 washed away the bridge for which the village is named. Unprecedented levels of rainfall caused extensive flooding. On the afternoon of Sunday December 6th 2015, without warning, the central arch of the 251-year-old bridge collapsed.

A temporary bridge was set up before the replacement bridge could be constructed.

The replacement bridge was officially opened on Sunday, March 10, 2016.

On March 23rd, His Royal Highness Prince Charles visited the village and inspected the bridge, and met members of the Parish council, affected residents, the County Council, and its contractors.

The new bridge has given the villages and businesses a tremendous boost and created a lot of publicity for the village.

Additionally, visitors arriving by the Ullswater Steamers arrive at the pier and walk a short distance to the village, crossing the new bridge. 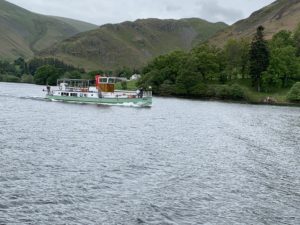