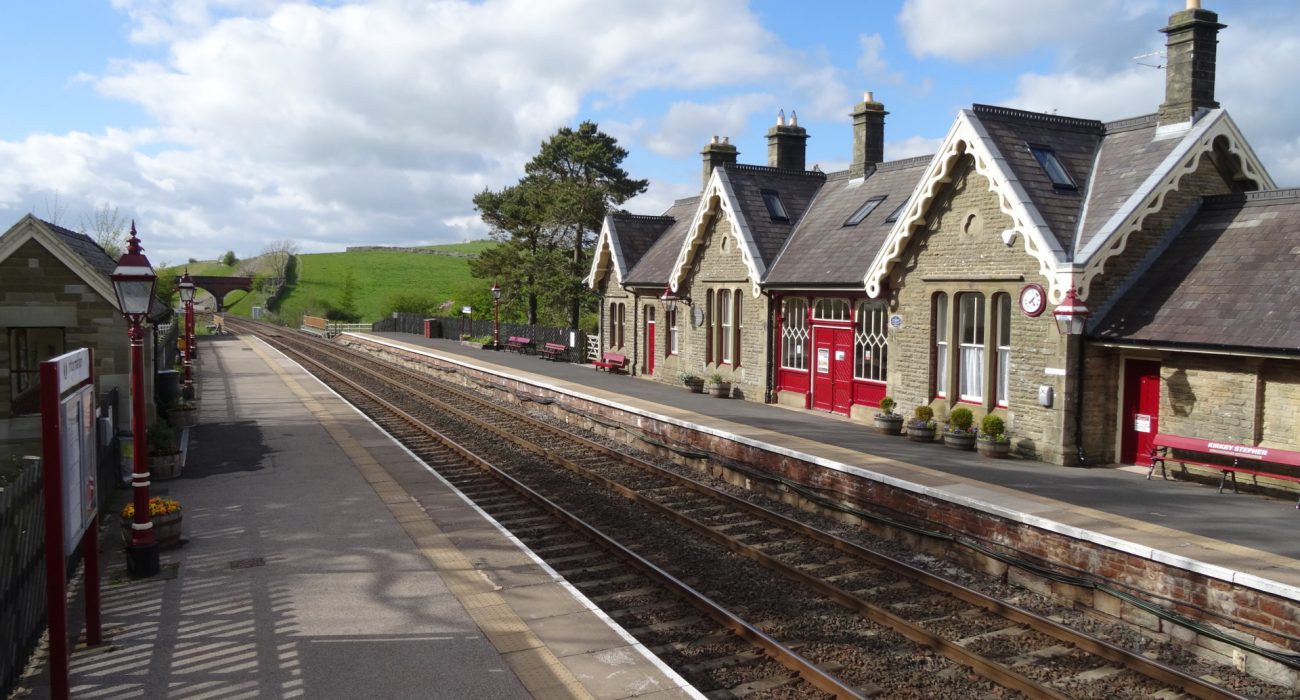 On track – Carlisle to Settle

In 1876, the first passenger train ran on the Midland Railway’s Settle to Carlisle railway line.

This iconic line came very close to closure in 1989, but a public campaign generated so much interest that its passenger traffic increased tenfold.

The line is 73 miles long and is known for its architecture and its dramatic setting through Cumbria and the Yorkshire Dales. Its most famous landmark is the Ribblehead Viaduct, whose 24 giant stone arches stretch across the moor at Batty Moss, carrying regular steam-hauled specials.

In 1970 all stations apart from Settle (below) and Appleby (West) were closed and the line was allowed to decline. 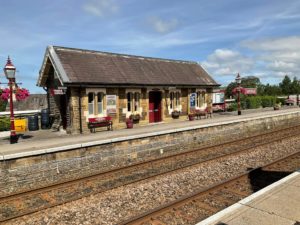 Reopened in the spring of 2017 following a £23m repair project the line is regarded as one of the most scenic lines in England running through the Eden valley.

Ribblehead viaduct is one of the most imposing structures on the line when viewed from beneath its arches. 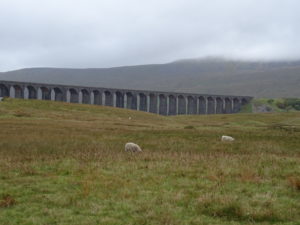 This amazing feat of engineering is a redbrick-lined, limestone viaduct standing at 105 feet high and was built between October 1870 and October 1874.

A workforce of up to 2,300 workers worked on the viaduct. They resided in temporary camps on neighbouring land often with their families.

During construction, more than a hundred employees died in construction-related accidents including from fights to smallpox epidemics.

According to Church of England records, the graveyard in Chapel-le-Dale has roughly 200 burials of men, women, and children, and the church has a memorial to the railway employees.