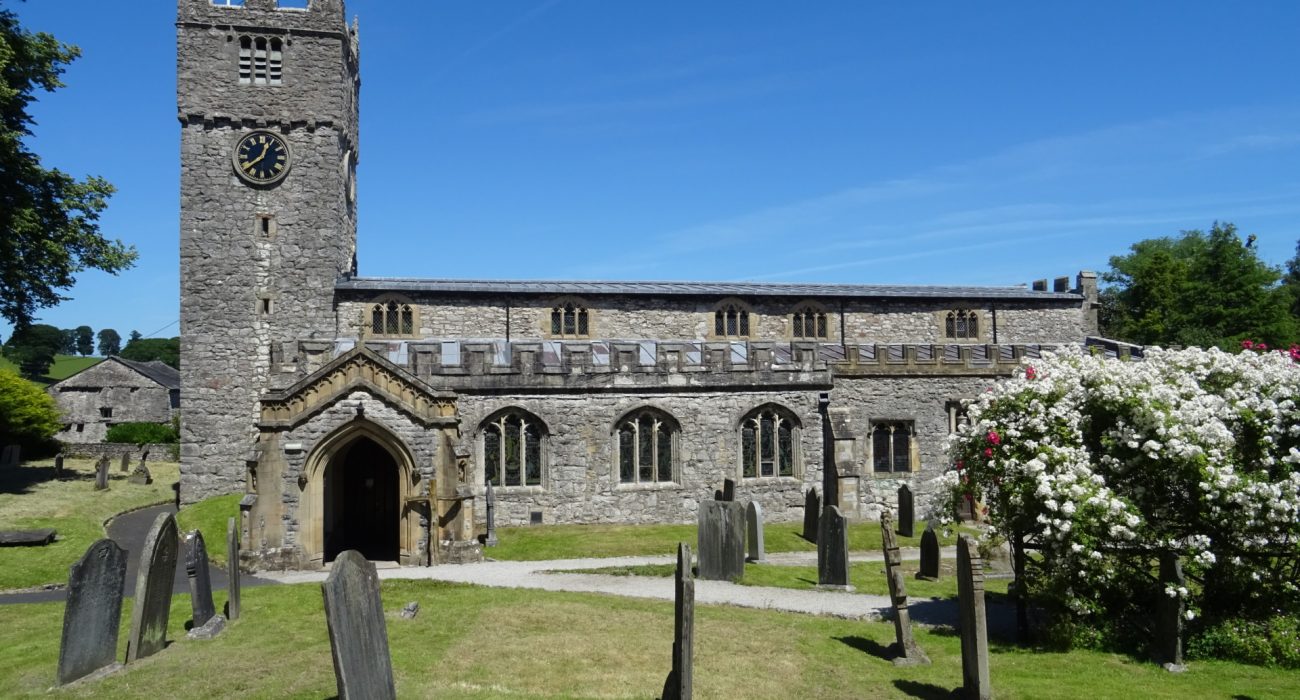 The village church at Beetham is one of the most ancient and beautiful churches in the South Lakes.

The church stands just off the A6, close to the River Bela, a mile south of Milnthorpe. Nearby, is the 14th-century Beetham Hall, originally a semi-fortified house and farm.

The church of St Michael and All Angels is a listed Grade I building and dates back to the 12th-century.

There is Norman work on the south side and early English to the north.

The tomb of Sir Thomas de Beetham and his wife are topped by effigies in stone.

We have a lot to thank the Reverend William Hutton, Vicar of Beetham from 1762 to 1811, who came to be known as” The Beetham Repository”, who produced a great bulk of documentary material. This was edited and published in 1906 under that title.

The repository is an invaluable sourcebook on the Manor of Beetham.

Both were badly mutilated by Richard Sill of Beetham School, ‘who headed an unruly mob from Whasset (a hamlet near Milnthorpe) towards Beetham and obliged the master of scholars with some drunken Soldiers of Cromwell, or rather Fairfax, to break the painted Glass Windows and abuse the Inside of the Church.’

Other damage included smashing stone tombs, breaking the medieval glass and generally abusing the inside of the church.

In digging a grave in August 1834 for Dora Dickinson over a hundred silver coins came to light dating back to the reign of William the Conqueror and his son Richard Rufus. A few others dated back further to the time of Edward the Confessor and Canute the Dane (1016-35).

The village pub is called the Wheatsheaf, which has been serving customers for over 400 years.