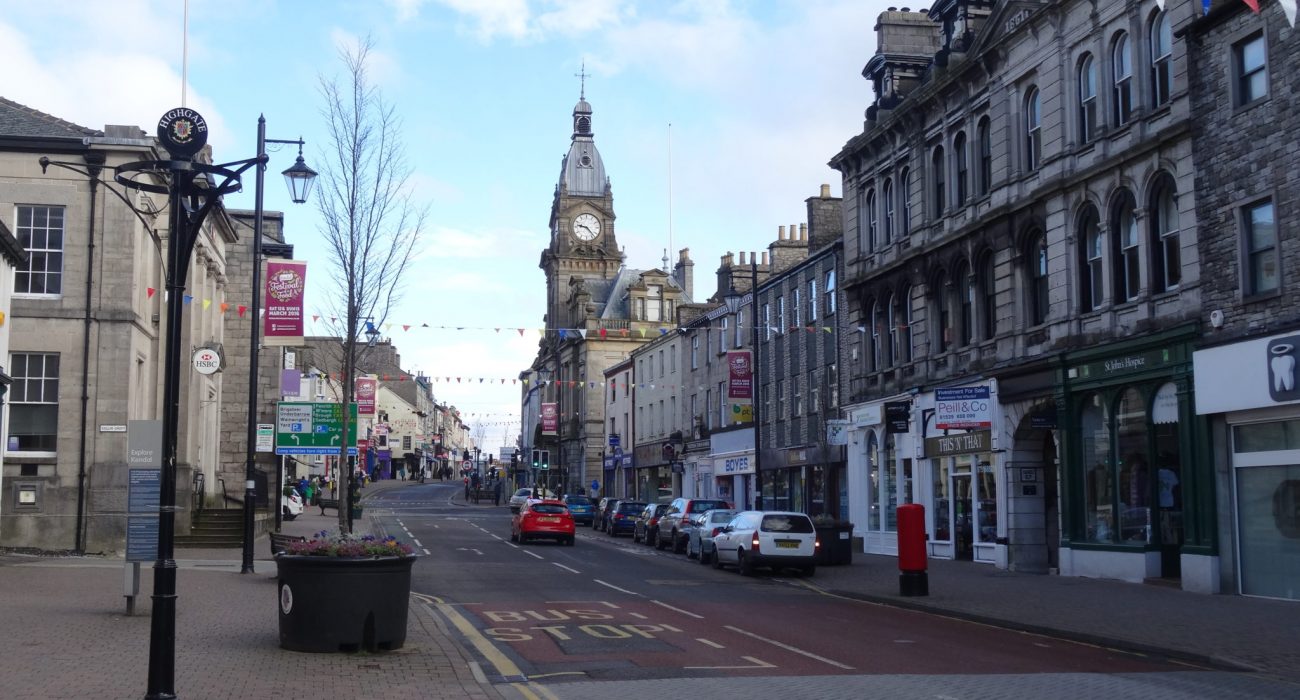 Kendal is the main town in Cumbria’s South Lakeland District.

The town is largely built of traditional grey limestone and is known locally as the ‘Auld Grey Town’.

As a consequence, it is also commonly referred to as the gateway to the Lake District National Park.

Kendal also occupies a hallowed place in the hearts of many walkers.

In fact, the guidebook writer – Alfred Wainwright lived in the town for many years.

In particular, walkers know Kendal due to it being the home of the pepperminty treat – Kendal Mint cake.

But Kendal is more than just its mint cake: It is an ideal base to explore the southern Lakes with some intriguing galleries and arts centre to explore. 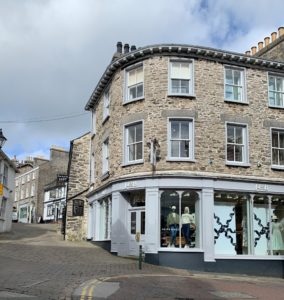 The town stands by the side of the River Kent which takes its water from nearby Kentmere, Longsleddale and Shap.

As the Kent flows through this picturesque South Lakes town, it is hard to imagine that the waters will soon, in just over 20miles, enter Morecambe Bay at the Kent estuary.

Through the town, the river is spanned by six bridges.

Additionally, on the east bank of the river are the remains of Kendal Castle.

In 1543, the castle was in the ownership of Thomas Parr, father of Katherine Parr, one of the wives of Henry VIII.

As a consequence of the above, Kendal is named as one of the best 50 towns in the UK to live.

Furthermore, with a combination of a thriving town, strong local economy, excellent schools and the Lakes landscape right on its doorstep, Kendal has a winning formula and a brilliant place to live and work.

To conclude, the ‘Auld Grey Town’ of Kendal is 20 minutes away by car from Lothlorien Holiday Cottage in Kents Bank.