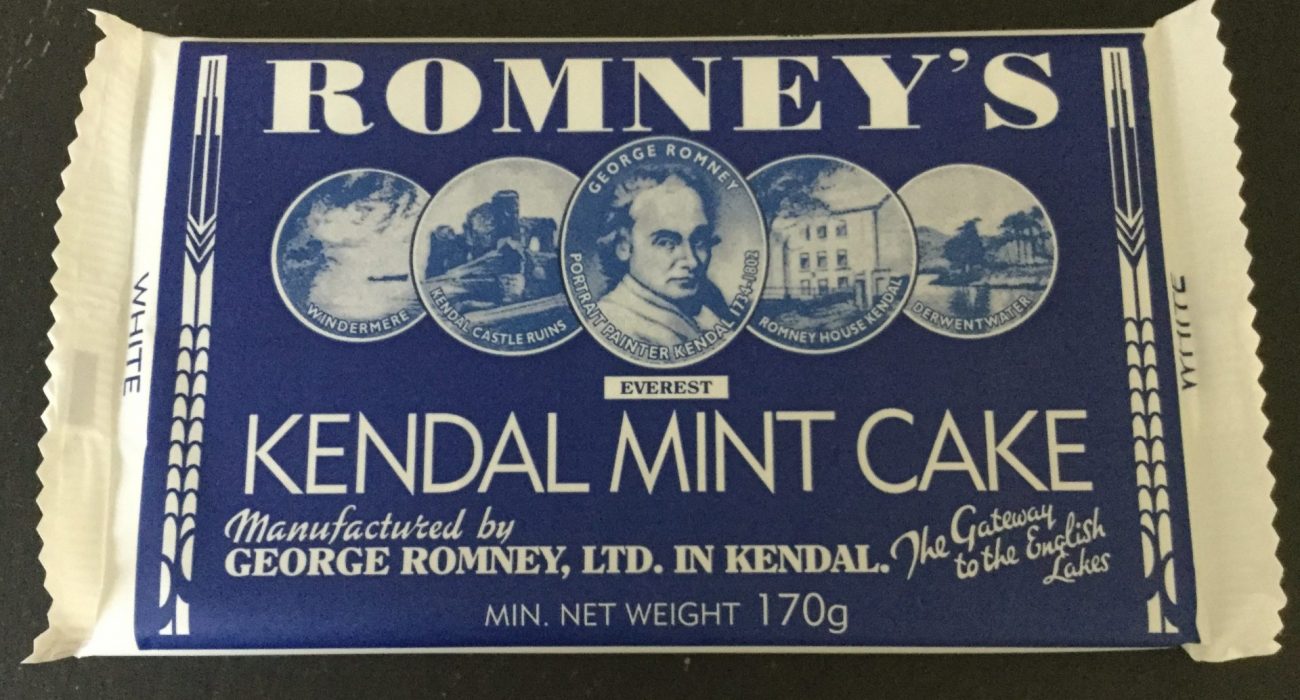 Kendal has become renowned for its Mint cake, a sweet concoction of glucose and peppermint that gives a much-needed sugar rush to tired walkers and mountaineers.

Sir Edmund Hillary and Tenzing Norgay ate Romney’s Kendal mint cake on the summit of Mount Everest on 29th May 1953.

This was the first successful expedition to the summit.

Romney’s were approached by the 1953 expedition to Everest, to see whether they could supply Mint haste.

Fortunately, they had sufficient stock to meet their needs.

Additionally, staff willingly gave up their sweet ration coupons to comply with the law.

Mint Cake is made to this day in Kendal by three different companies.

However, the mint cake creation was apparently an accident!

A confectioner called Joseph Wiper, while making a batch of clear mint, had a lapse of concentration and the product ended up cloudy.

As it tasted nice, the batch was saved, so this sugar-based confection was born.

Since then, Kendal Mint Cake recipe has become the no1 favourite with hikers, climbers and visitors to the Lake District.

In addition to this, in April 2021, it has been announced that Kendal Mint Cake has been named as a new flavour by English Lakes Ice Cream.

The ice cream company has added Romney’s chocolate-coated Kendal Mint Cake to its luxury range of its products.

Throughout Cumbria, Mint Cake is widely available through camping and outdoor equipment shops.