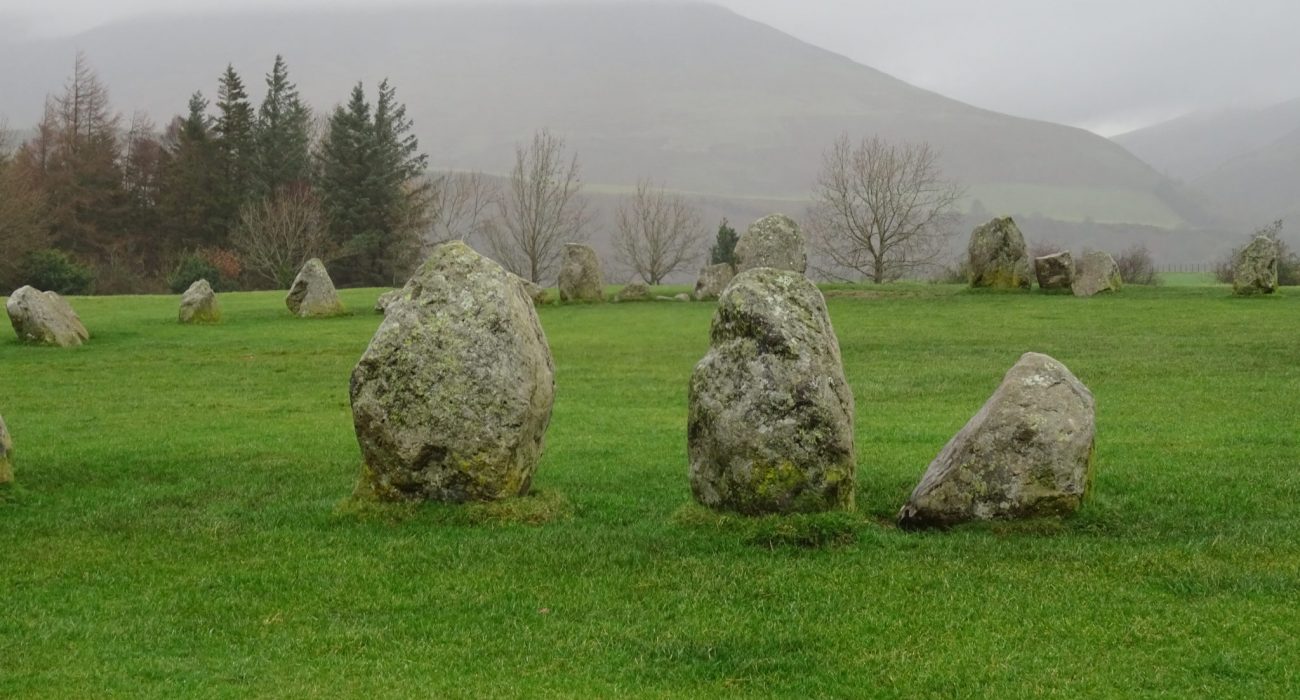 Castlerigg Stone Circle (also known as the Keswick Circle) is a Neolithic stone circle about 1.5 miles east of Keswick.

To get there take the Penrith Road from Keswick and take the first branch road then a right up a narrow lane.

It is estimated to have been built around 4,500 years ago by prehistoric farming communities who settled on the fertile regions fringing the Lakeland mountains.

The site was carefully chosen to impress and to draw upon the natural drama provided by the surrounding fells.

Additionally, it is thought the circles were probably used as places of worship.

The Castlerigg circle is different to other stone circles in the county. The others generally occur on high land, the Cumbria coast and the Eden Valley.

Furthermore, Keswick’s circle is in the fell centre and its setting very much adds to the drama.

Apparently, its tallest stones line up with the sunrise over High Rigg at Candlemass in February and with the setting sun at Skiddaw at Summer Solstice.

The Castleriggs circle is slightly oval. There remain forty-eight stones, some of the quite bulky, and on the east side is an unexplained and unusual oblong ‘chamber’ within the circle.