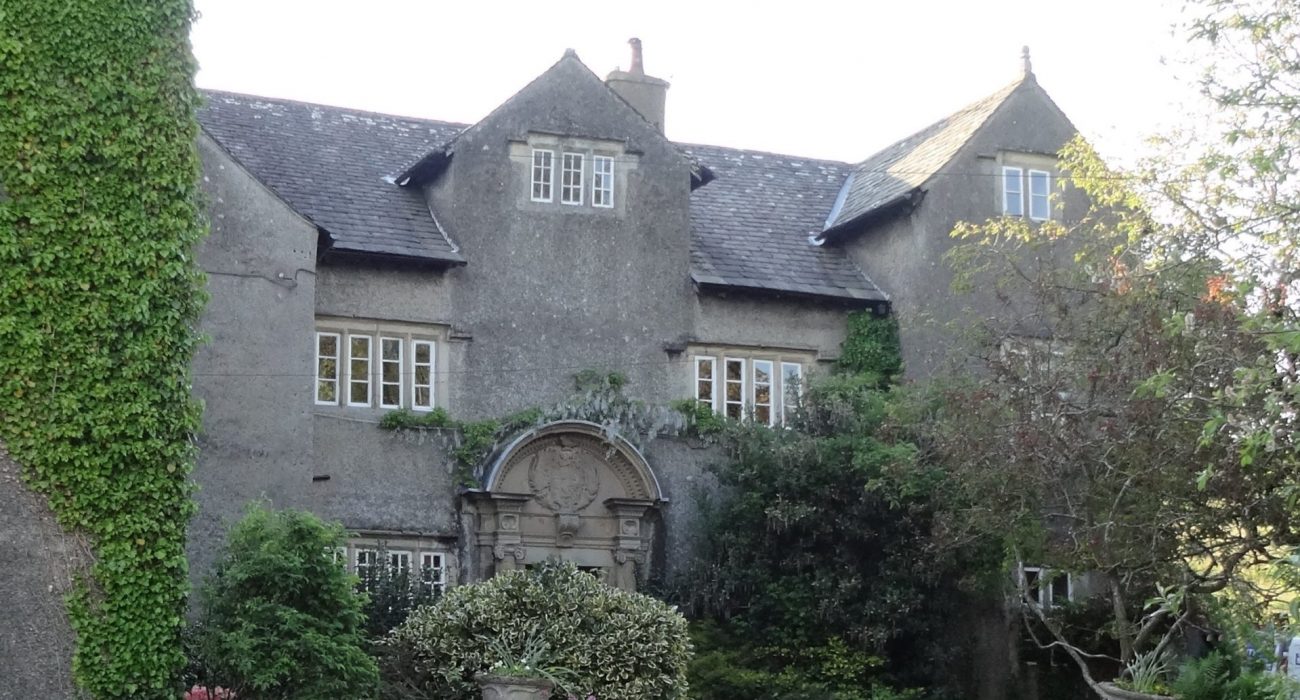 Elizabethan, Cark Hall, near Flookburgh, was built by Thomas Pickering (he was married in Cartmel in 1571).

It passed by marriage to the Curwens of Myreside Hall, Flookburgh, then later to the Rawlinsons.

Interestingly, it was the home to a man who was, in turn, an ardent Royalist, ‘popish Catholic recusant’ erudite and Anglo-Saxon scholar.

He was also a cruel persecutor of all Quakers, including their great leader, George Fox who was imprisoned in Cark Hall before his trial at Lancaster.

The Hall has mullioned windows and a magnificent entrance with Ionic columns supporting a large arch.

On the western side a wing was added, probably in the 17th century.