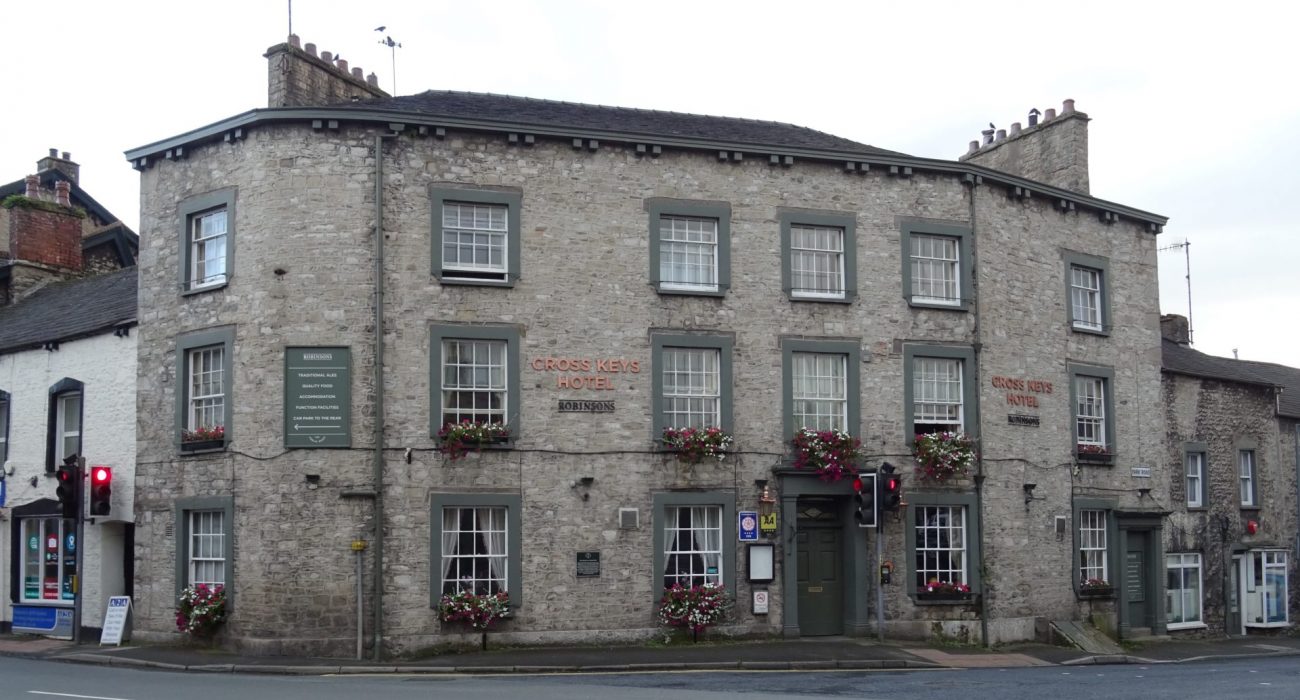 Milnthorpe is probably not the first place to go to when visiting the South Lakes.

However, being an ancient market town with history, old limestone buildings, and narrow roads, it has a lot to offer.

Since the 13th century, it has been a market town.

The Market Square is bordered on three sides by pretty cottages and shops.

Additionally, the fourth side opens out onto green lawns and trees, leading up to the 19th-century church of St Thomas.

The Market Cross dates back to the 17th-century and in times past used as a whipping post and stocks for criminals!

The town has always been a stop-off point on the A6 for vehicles on their way to the Lake District. The Cross Keys Hotel was once a main stagecoach inn.

The main beauty spot is at a point where the road crosses the River Bela. Here you can see a herd of fallow deer long established on the Dallam Tower Estate.

Dallam Tower is a private stately home belonging to the Wilson family from completion in 1720 until recent times.

Additionally, just out of the town up on St Anthony’s Hill, is a round grey tower believed to be an early 19th-century folly.

In World War II it came into good use as an observation post manned by the Home Guard.