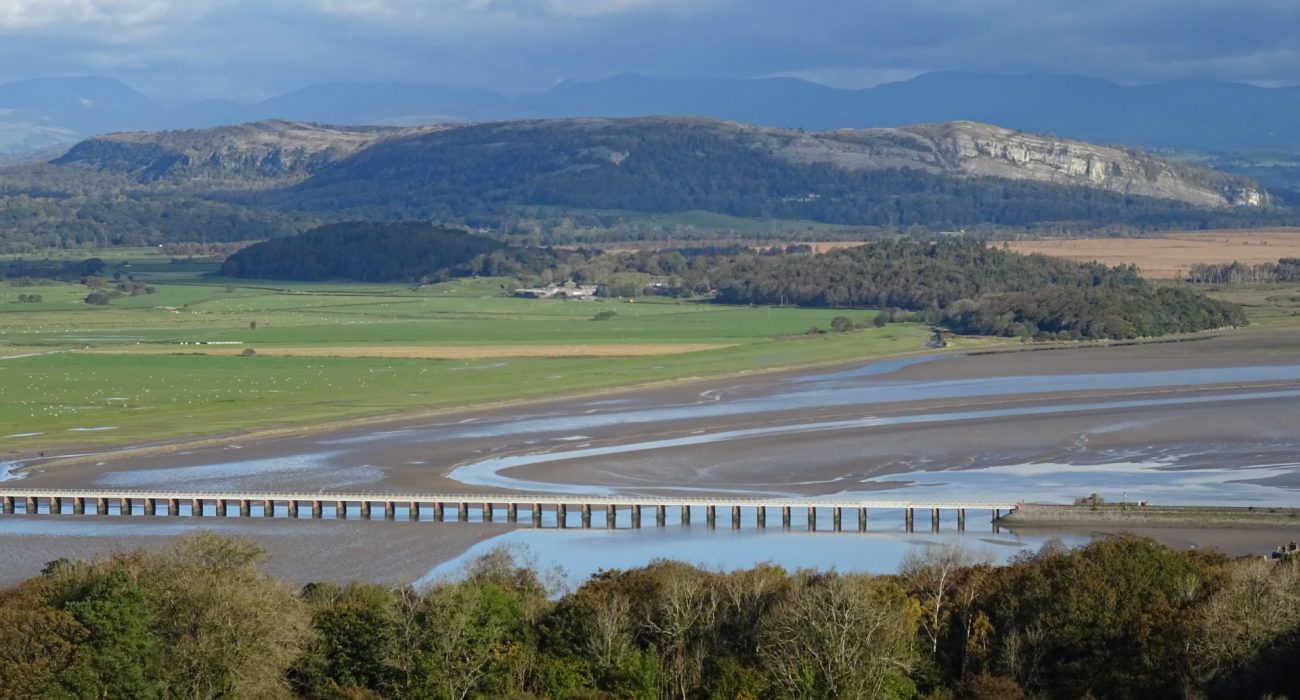 The Kent Viaduct was built in 1857 across the Kent Estuary linking the Furness Railway to Barrow-in-Furness (then a new iron town), with the main London line at Carnforth junction.

Additionally, in 1876, a branch line opened going eastwards to the local villages of Sandside, Heversham and Hincaster.

The majority of the branch line closed in 1942.

To construct the viaduct, the contractors, W. & J. Galloway of Manchester, developed a novel method of pile-driving into the sand using high powered water jets.

Unfortunately, once the viaduct had been constructed, it barred access to Westmorland’s only seaport close to Milnthorpe.

The port area was at Sandside, roughly a mile from Milnthorpe.

At the time, Sandside had its own customs officer who saw that taxes were paid on any imported goods.

Today, the only evidence of the port is a little piece of wharf now used as a car park.

Consequently, the land around the Kingfisher restaurant up to the Ship Inn would likely have been used by the port’s merchants.

At one time there were ten pubs in the Sandside area and the place had a reputation for being rough.

Coal was a major import into the port.

Furthermore, Milnthorpe had a wine merchant with premises in the square where the Spar shop once was.

In addition, the east-west road through Milnthorpe to Crooklands would have been a lot busier back with merchants.