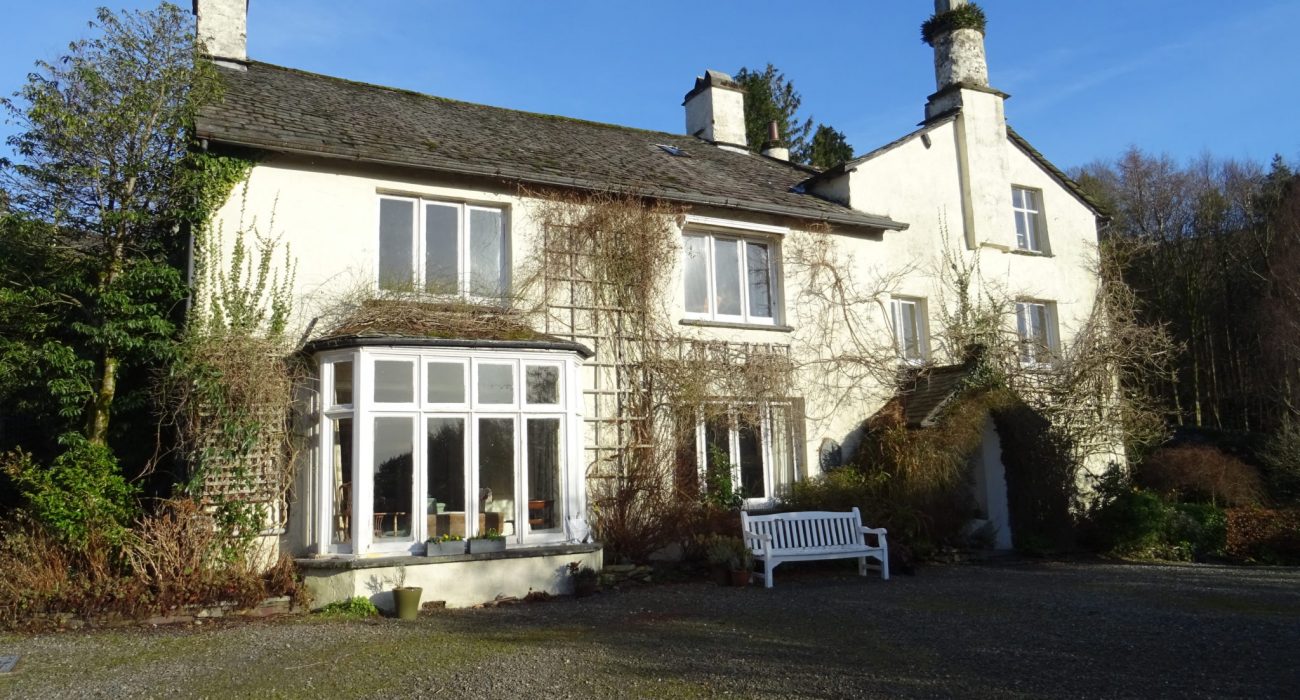 He came to this lime-washed yeoman’s house in 1813 and lived here until his death in 1850.

Here the poet composed and revised many of his poems including ‘daffodils’ which was published from here in 1815.

In fact, more than half of Wordsworth’s published poetry was written at Rydal Mount.

The house itself was originally a farm built in 1550; the dining room still has its early timbers and slate floor. It was enlarged around the middle of the 18th-century.

Wordsworth himself was particularly attracted to the traditional style of the house with spectacular views over Rydal Water and Windermere.

He never owned the house but leased it from the le Flemings of nearby Rydal Hall.

While living in Rydal Mount, William, Wordsworth accepted the post of Poet Laureate at the age of 73.

Incidentally, in 1969, Mary Henderson, the poet’s great, great-granddaughter, bought the property and opened it up to the public.

The house displays mementos of a life devoted to literature and the Romantic movement.

If you are looking for a place to stay with easy access to Grasmere enquire here.