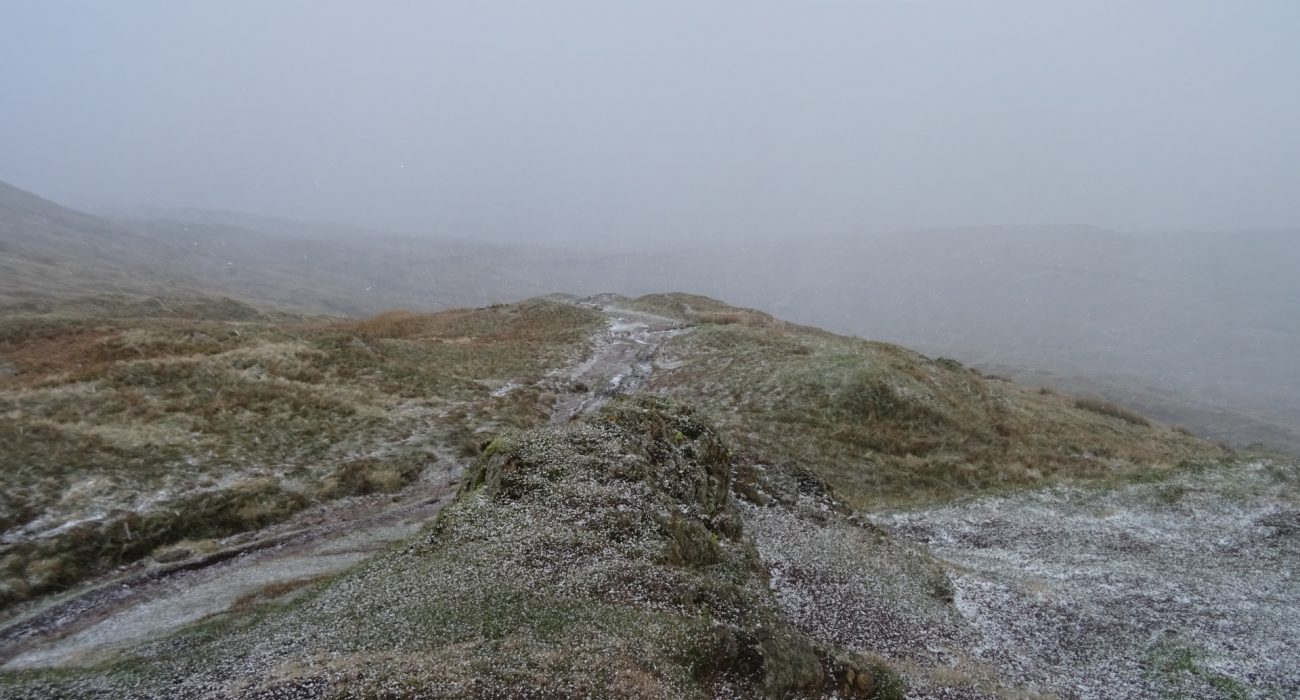 Wansfell Pike, on the face of it, is a modest climb.

It is 1,587 ft above sea level and sits above the busy tourist town of Ambleside, which is situated in the vale of Rothay and nearly a mile from the head of Windermere.

From the centre of Ambleside there is a lovely ramble up to Wansfell Pike. It is highly recommended for those wishing to see typical Lakeland views from an easily accessible summit. 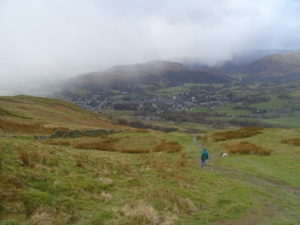 The way up is clearly marked, passing the entrance to Stock Ghyll, where, on the right 500 yards beyond is a direction post to pass over a stile, From here the path steepens.

Stock Ghyll is a tributary of the River Rothay, which eventually drains into Windermere. Stock Ghyll Force is Ambleside’s waterfall. It is a fine sight, particularly after heavy rain and much admired by tourists. Several Victorian viewpoints for the ghyll, protected by iron railings, are still evident.

The path has advantages in that after a short steep climb for about ½ mile, you reach the top to see the full length of Windermere. 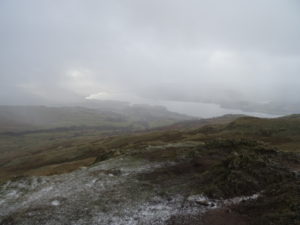 There are fine views all around from the summit.

To the north and east, from Kirkstone Pass to Fairfield and Red Screes, are all easily identifiable.

The village of Troutbeck lies to the south-east which is hidden by the ridge of the fell.

To be clear, the actual summit of Wansfell Pike is not at the point marked on the map, but where the Ambleside-Troutbeck path crosses the ridge.

To extend the walk a circular route to Troutbeck via a track known as Nanny Lane is highly recommended.