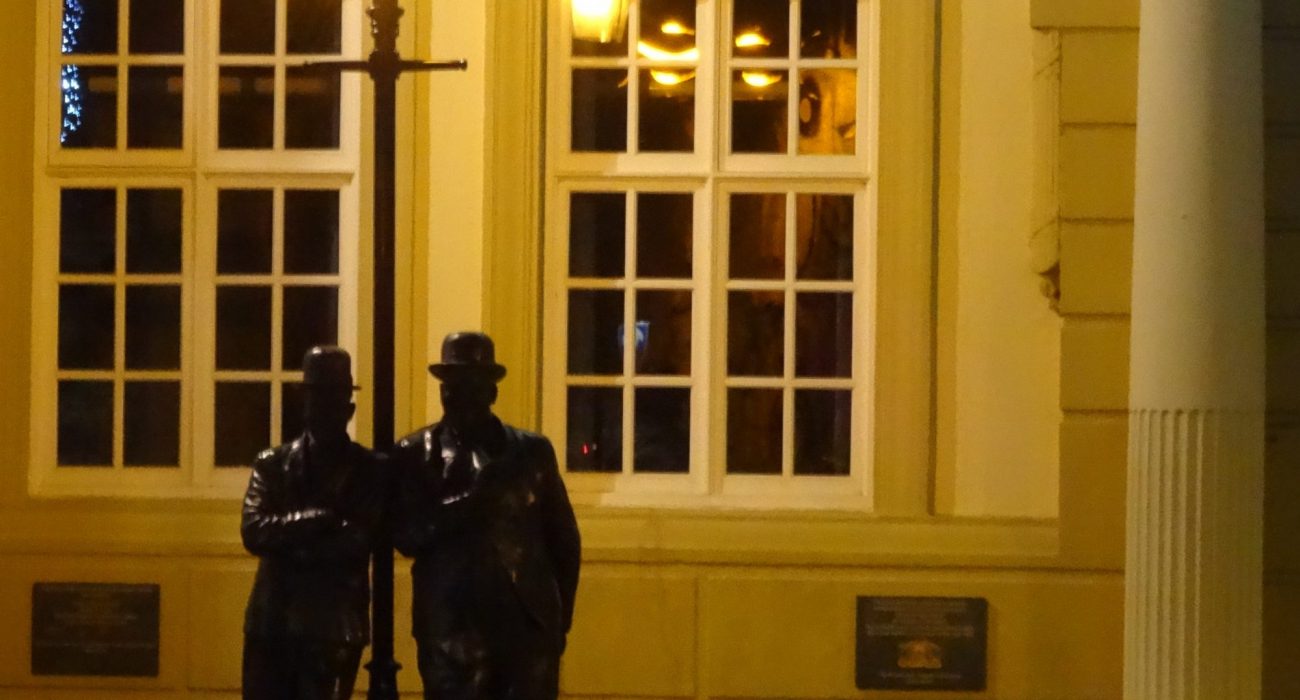 Stan Laurel was born in Ulverston, Cumbria on 16th June 1890 at his grandparents’ house at 3 Argyle Street in the town.

He was one half of the famous Laurel and Hardy comedy double act and is another of Ulverstons famous sons. 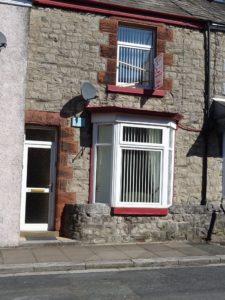 The property he was born in is still there to this day and proudly displays a plaque at the front stating the fact that Stan was born there.

In April 2021, the property was put up for sale by the owner.

Furthermore, the family would like the property to be bought by a fan of the comedy legend.

Visitors travel from around the world to see the three-bedroom terraced property, including two visits from Stan’s daughter, Lois, from America.

Stan died in 1965 aged 74 and his ashes were interred at Los Angeles cemetery.

This bronze statue of Stan and Ollie takes pride of place outside the Coronation Hall in the town.

Now that the dark nights are here, the statue looks wonderful illuminated by the gas lamp.

Close by in Brogden Street is the Laurel and Hardy Museum.

Here you can browse an eccentric showcase of weird and wonderful memorabilia such as hats, beer bottles, props, photos and press cuttings of the pair.

There is also a constant screening of Laurel and Hardy films in the 1920s-style cinema.