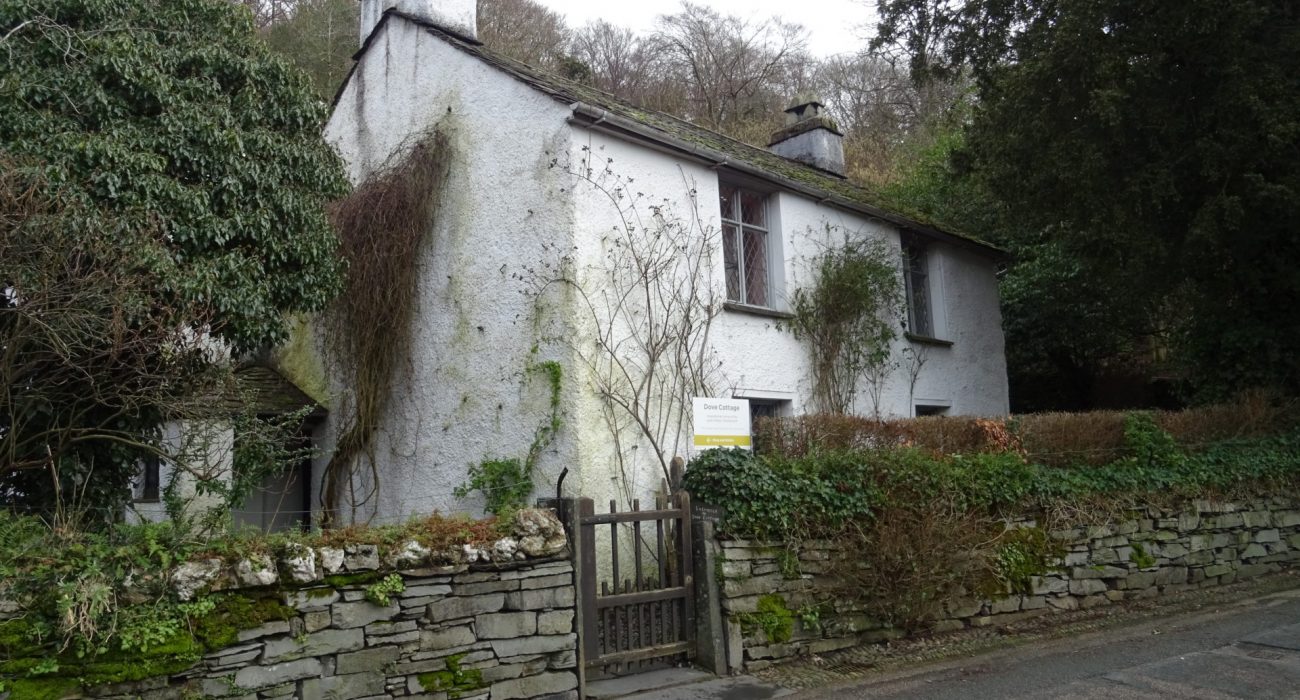 From your base in Kents Bank, just outside Grange-over-Sands, you can easily visit the homes of some of the country’s most celebrated writers.

In less than an hour, you can visit Beatrix Potter’s Hill Top, William Wordsworth’s Rydal Mount and Dove Cottage and also John Ruskin’s Brantwood (below).

In addition, whilst you’re on the east side of Coniston you can connect with another famous author from the area – Arthur Ransome. 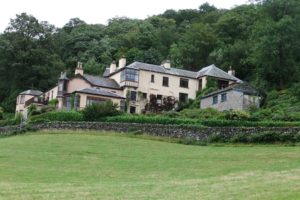 Furthermore, visiting these literary hot spots, you can also take in the beauty of the lakes such as:

Windermere is not only the largest lake in England it is also one of the most beautiful.

The shores of the southern reaches are wooded with hardwoods.

Dominating the northern reaches are the imposing craggy mountains of the central lakes.

Coniston village has almost as dramatic setting as Keswick.

It is beautifully placed at the foot of the Old Man and Yewdale Crags and  just half a mile from the head of the lake.

There are mines and quarries almost the whole way up the Old Man of Coniston.

Coniston Lake is a little over 5 miles long.

Rydal is a small lake, set in reeds between the crags of Nab Scar to the north and Loughrigg Fell to the south.

The lake is only 17m. deep and is the first lake to freeze over in a cold spell.

For the most part, well-maintained lake-side paths take you around the lake to Loughrigg Terrace above Grasmere lake.

Grasmere is a combination of lake, small dale and village and thought to be quintessence of a typical Lakeland landscape.

In particular, William Wordsworth thought so too and made the village his home.

Additionally, this delightful lake is completely surrounded by public access land owned by the National Trust.

The walk around Rydal Water and Grasmere lake is one of the most trodden in the Lake District.