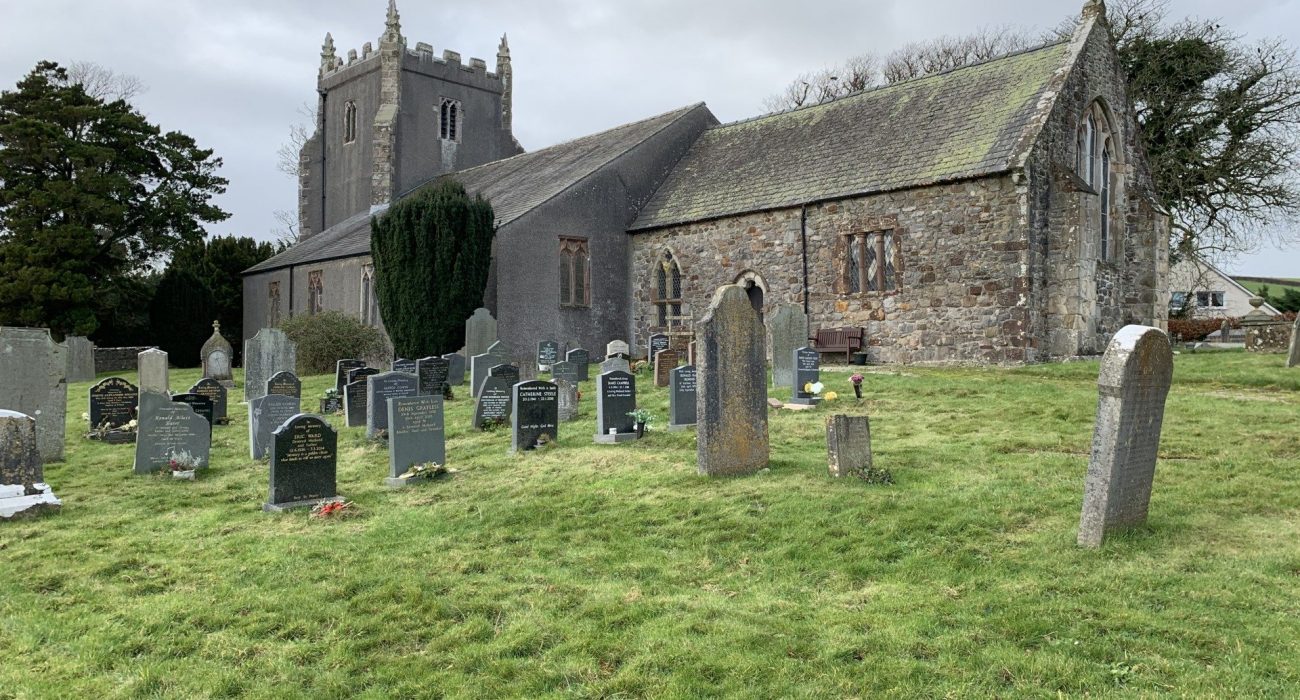 Aldingham is a lovely small hamlet situated on the edge of Morecambe Bay, just off the coast road from Ulverston to Barrow.

Apart from a few houses, there are two very interesting buildings, one is St Cuthbert’s church dating from the mid-12th century and the other Aldingham Hall situated across the road from the church.

Inside the church, there are a couple of very interesting features.

The first one behind the altar is a hole in the wall, which, by tradition, bread and wine were handed out to poor lepers who dare not enter or approach the church in any way. 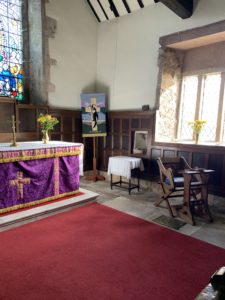 The second is a new name on me a ‘hagioscope’ which is basically a peephole between the western side of the church and the narrow eastern side. 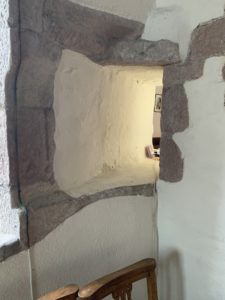 This peephole enabled the congregation to see what was going on at the alter.

In the 1600s, Quakers and followers of George Fox and Margaret Fell (founders of the Quakers) were regularly robbed – quite legally within the law at this time. Usually, this was instigated by the local clergy who were enraged at the Quakers’ refusal to pay church tithes or attend the local parish church.

This was basically a nasty and pernicious form of legal theft.

Anyway, to cut a long story short, some of the Quaker wives got a bit fed up with this wicked treatment and turned up at church to vent their anger on the cowering rector! The priest at that time was Thomas Shaw who was the rector of Aldingham between 1625 and 1667.

He had some ‘issues’ with the great Margaret Fell, while on 24th March 1654 ‘Anne Clayton’ late of Swarthmoor was charged at Lancaster for interrupting the parson with a cry of’ Come down thou greedy dog, woe unto thee’.

Another woman, who took the rector to task was ‘Jane, wife of Richard Ashburner, of Gleaston’ who said I am comen to bid thee downe, thou painted beast!

And so it went on.

Shaw’s successor at Aldingham was Theophilus Amyas another parson who wanted to strike at the Quakers, and, following on him another of his ilk called Michael Stanford.

Who would believe all this had gone on in such a peaceful place as Aldingham today. 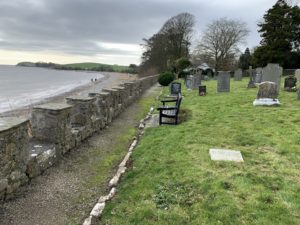 Across the road from the church is a splendid mansion called Aldingham Hall.

It was built at the request of the wealthy Doctor John Stonard, who was rector at Aldingham’s St Cuthbert’s Church between 1814 and his death in 1849. The building work began in 1846 and took four years to complete. Unfortunately, Dr Stonard never saw it finished as he died in 1849 and left the property to his butler, Edward Jones Schollick. 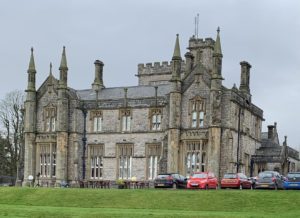 Apparently, Edward Jones Schollick later opened up a shipbuilding yard in Ulverston and made another fortune!

Today, Aldingham Hall has now been converted to a nursing home – known as  Risedale Nursing Home.