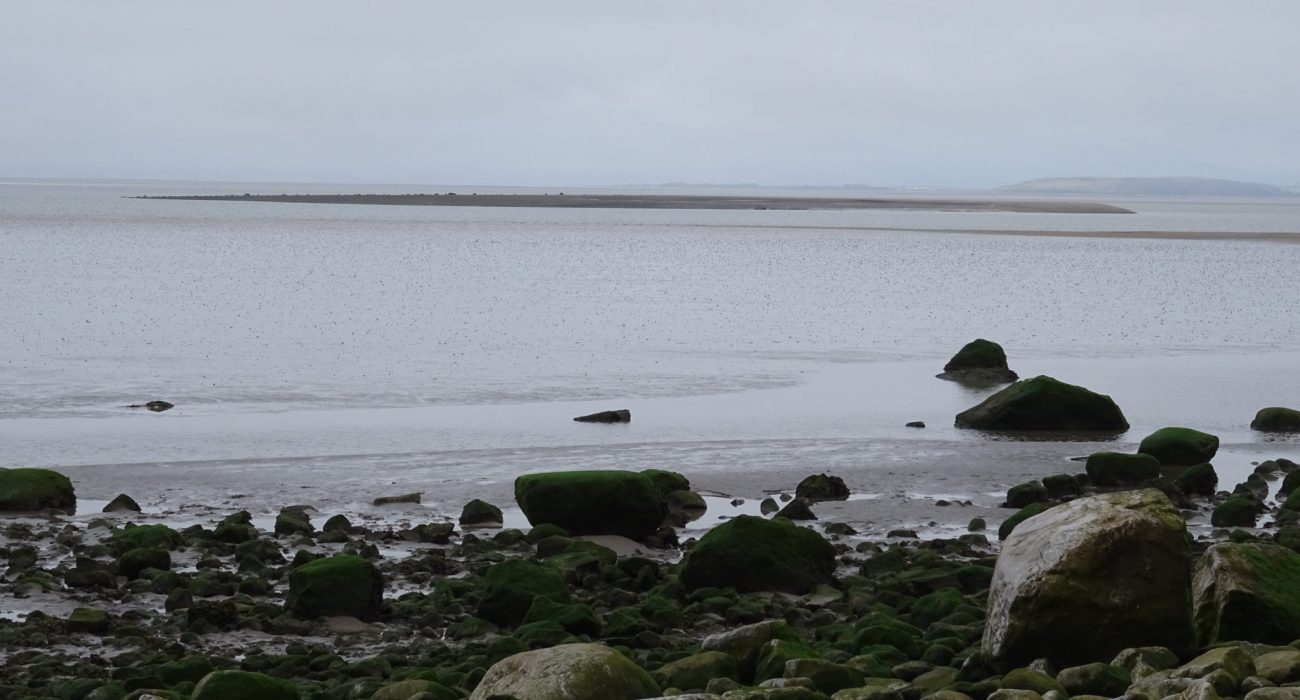 Close to the shore in Morecambe Bay near between Bolton-le-Sands and Hest Bank is a sandbank known as Priest Skear.

Priest Skear is visible with the naked eye from the shore.

The origin of the name comes from the monks who would walk across the bay to Cartmel and Furness Abbey who used it as a landmark and a resting place.

‘Skear’ comes from Old Norse meaning rock in the sea or bank of stones at sea which are visible at low tide.

Priest Skear was at the centre of the cockle picking disaster in 2004 when 23 Chinese cockle-pickers drowned. They were out on the sands at night when the tide came in.

Only one person survived called Li Hua. He managed to reach Priest Skear after trying to save his friend and was spotted by the rescue helicopter. A lifeboat picked him up shortly after.

The Praying Shell is a sculpture that overlooks Priest Skear.

It is a memorial to the tragedy and a reminder of just how dangerous the sands of Morecambe Bay can be.