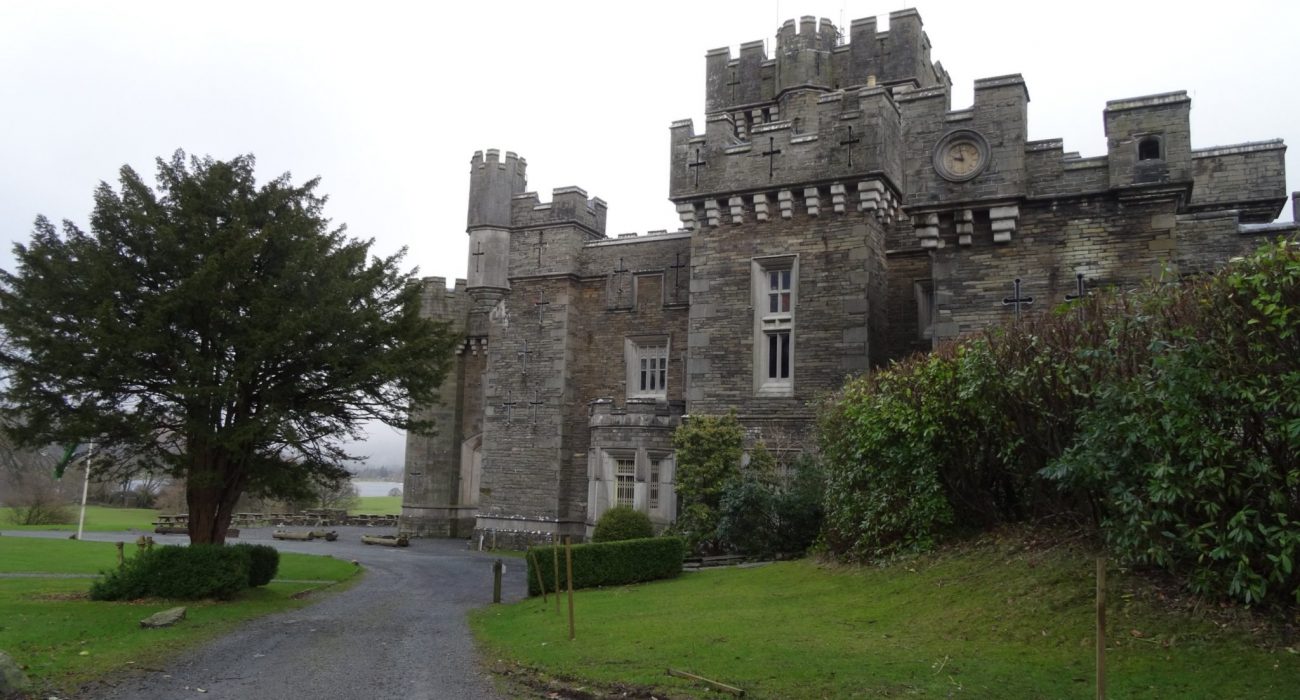 Wray Castle is not a real castle but a private house built-in the Gothic Revival Style in 1840.

It was built (along with neighbouring Wray Church) by Dr James Dawson, a retired Liverpool surgeon, and is now owned by the National Trust.

The house was built using his wife’s inheritance from a gin fortune.

Apparently, she took one look at the house when it was finished, and refused to live in it.

William Wordsworth said it ‘added a dignified feature to the interesting scenery in the midst of which it stands’. But then, he wasn’t required to reside within its walls. 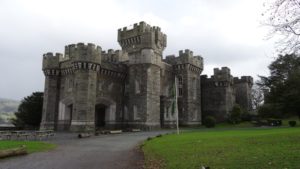 The castle is also associated with Beatrix Potter, who spent a summer holiday there when she was 16 in 1882.

She bought a small farm in the Claife area, Hill Top, in 1905 with royalties from her first book The Tale of Peter Rabbit.

She went on to buy considerable tracts of land nearby, though she never actually owned the house.

In 1929 Wray Castle was given to the National Trust by Sir Noton and Lady Barcla.