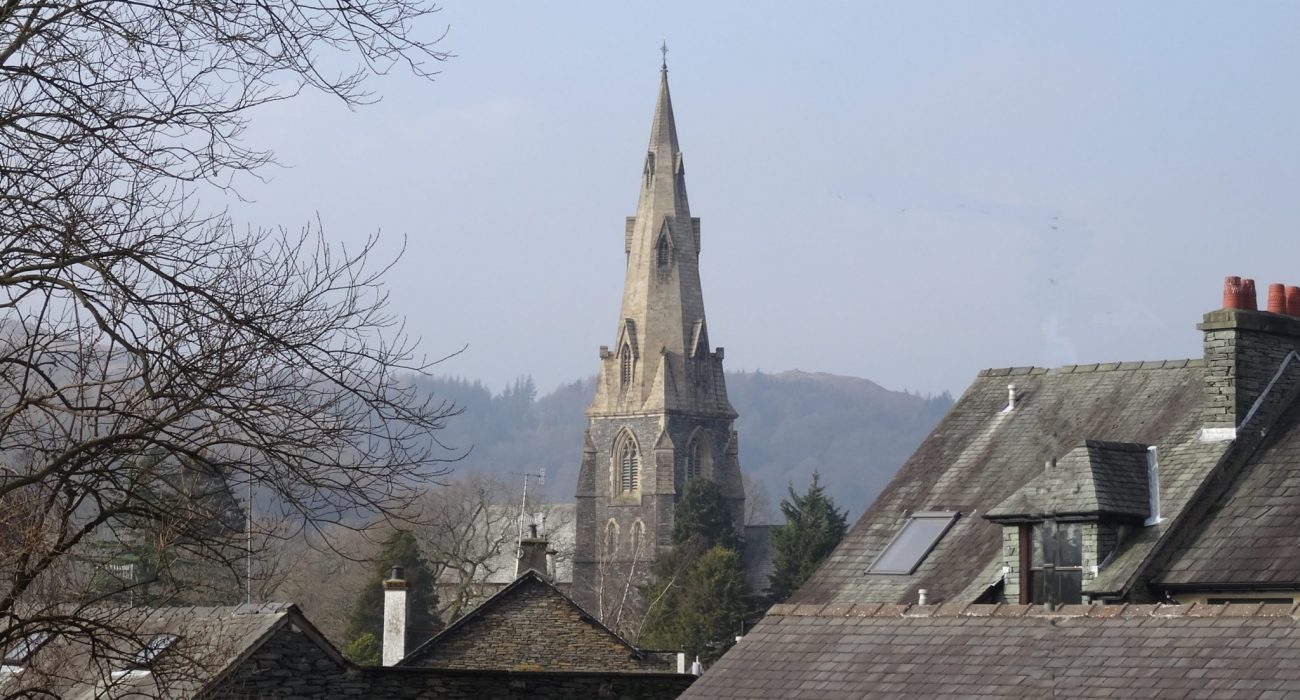 Visiting Ambleside is a must for most tourists arriving in the Lake District.

Ambleside is one of the most popular holiday villages in the Lake District, mainly because it is so near to Windermere and with easy access to the Lakeland mountains.

Before the great tourism boom, Ambleside was a place of becks and mills, many turning water wheels.

The earlier prosperity of Ambleside as a market town was founded upon sheep and the woolen industry serviced by a network of horse tracks.

Stock Ghyll Force, Ambleside’s waterfall, is well worth a visit, particularly after heavy rain. The approach is behind the old Salutation Hotel near the Market Cross. 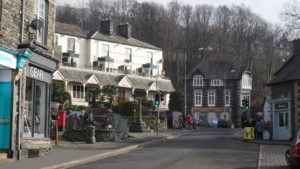 For many hundreds of years, the view from the market cross was uninterrupted with views across fields and meadows to Loughrigg.

Ambleside was granted a market charter in 1650.

Ambleside’s lakeside connection with Lake Windermere is at Waterhead where you can catch the steamers, hire a boat, or stretch your legs in Borrans Park.

The Romans had a 2nd-century century fort named ‘Galva’ with its large granaries next to the park at Waterhead.

The site belongs to the National Trust and is open to the public.

The site of the camp has been excavated and its foundations exposed.

Built under Hadrian’s rule, its purpose was to guard the Roman road from Brougham (near Penrith) to Ravensglass.

The fort is part of fortifications linked to Hadrian’s Wall at Bowness-on -Solway.

The parish church of St Mary, stands out above the rooftops. 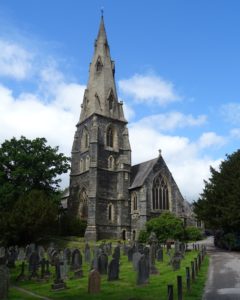 It is made of local stone and was built in 1854. It has a stained-glass window dedicated to the memory of Alfred Wainwright.

There is also a Wordsworth Chapel.

In July, the annual Rush-bearing Ceremony takes place on a Saturday towards the end of July.

At the other end of the village is Bridge House ( in the care of the National Trust). This strange, but quaint, building straddles Stock Beck and probably dates back to the 17th-century. 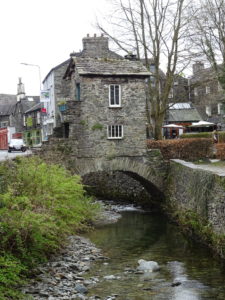 Rothay Park is Ambleside’s popular public park set in one of the Lake District’s most beautiful areas.

There is a playground set in  open space surrounded by beautiful scenery.