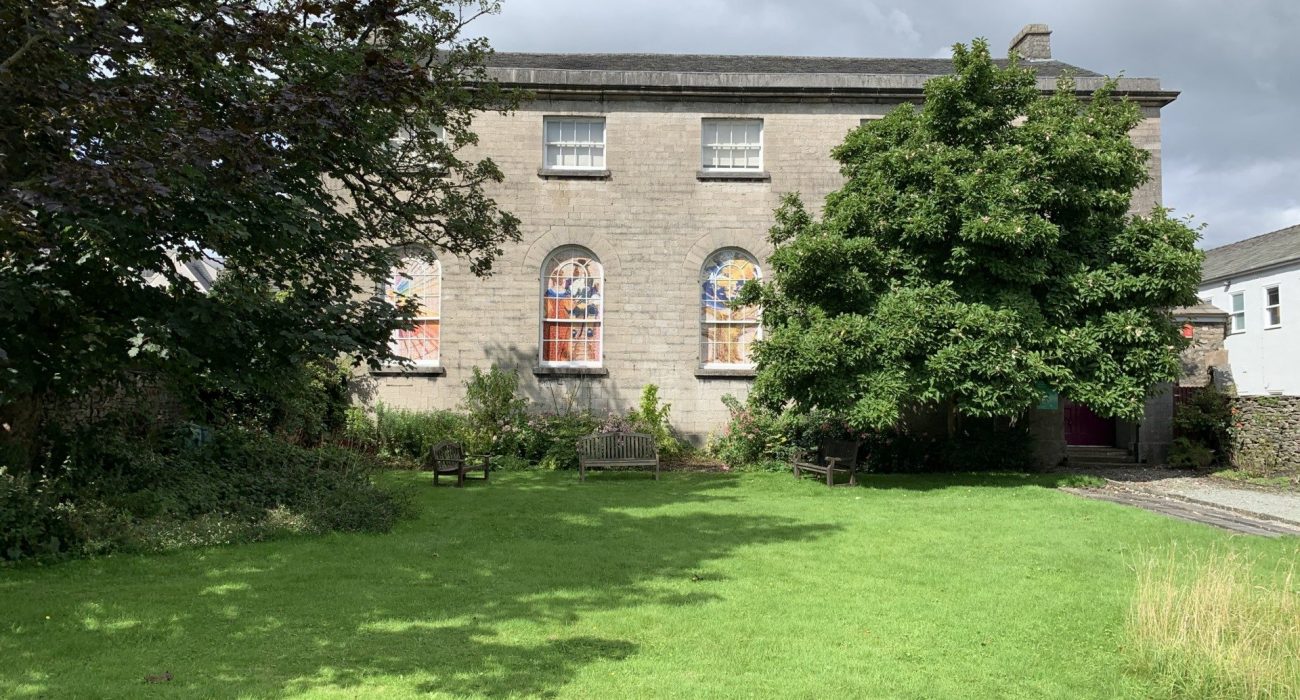 The Friends Meeting House in Kendal is just off the river between New Road and Stramongate.

It is one of Britain’s largest Quaker meeting houses in Britain. Following a visit by George Fox in 1652, the first meeting house was built here in 1688, with an additional school a few years later.

The present building was designed to hold 850 people and was erected in 1815/16. It is now home to the Quaker Tapestry Exhibition.

The tapestry exhibition covers 350 years of social history and Quaker stories brought to life in more than 77 vibrant embroidered panels.

Furthermore, this extraordinary achievement was undertaken by 4000 men, women, and children from 15 countries between 1981 and 1996. 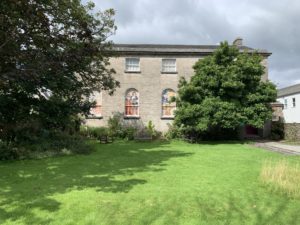 In the 16th and 17th centuries there were tanners’ workshops here, curing hides using water from the nearby RiverKent; a contast to this present haven of peace.

The garden was used as a burial ground during the 18th and 19th centuries. The gravestones were placed in their current positions when the garden was developed in the late 20th century.

Quaker simplicity requires that only names and dates are recorded on these stones.