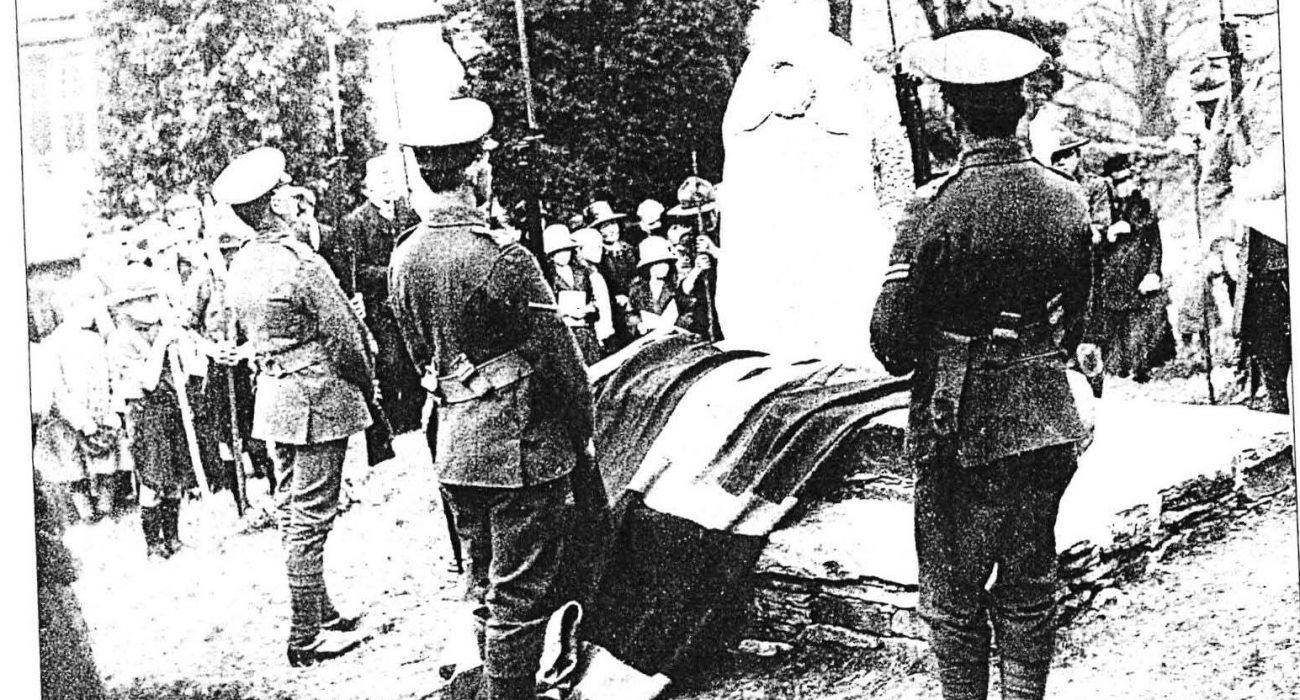 I found an old photograph of the dedication of St Anthony’s War memorial on Cartmel Fell.

The stone and  Lynch Gate were erected in the memory of the Officers and men of this Parish who fell in the Great War.

The dedication was in April 1924, attended by the King’s Own Royal Border Regiment.

The chapel of St Anthony was built as a chapel of ease at the beginning of the sixteenth century.