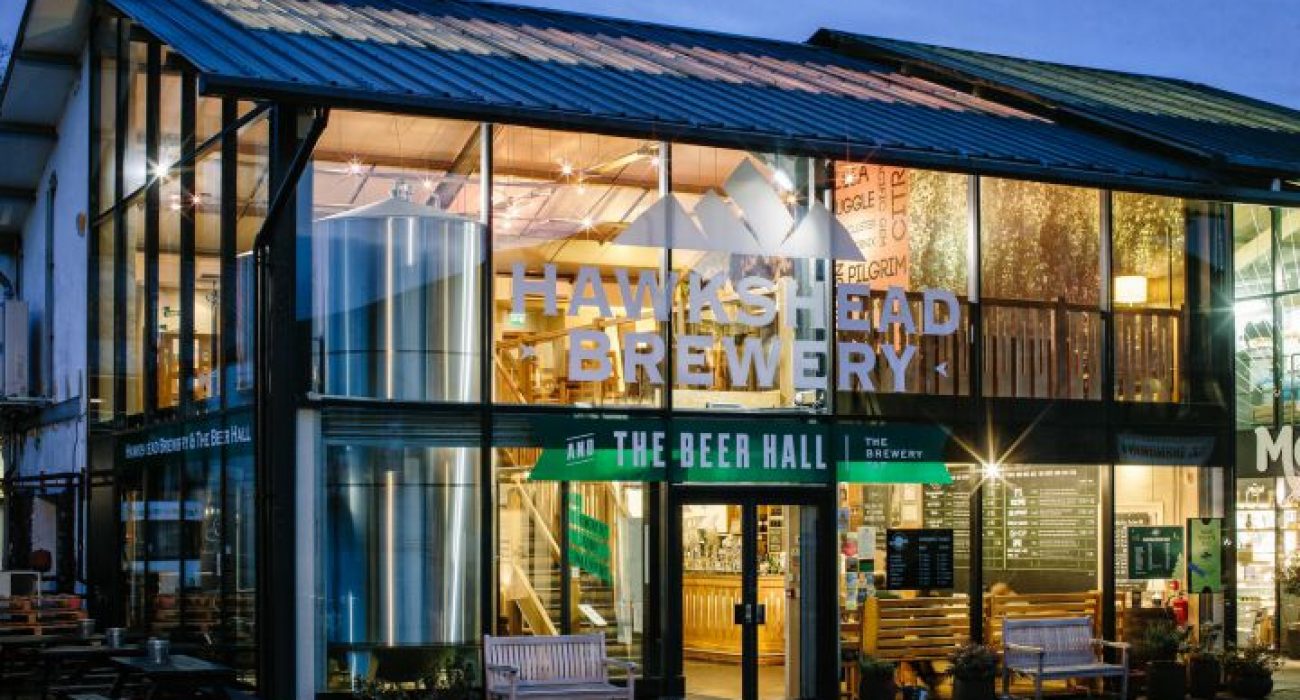 Hawkshead Brewery is based in Staveley Yard, near Kendal and is all set to grow further.

The brewery has agreed to an investment deal with Liverpool drinks company – Halewood Wines and Spirits.

Under the deal, Hawkshead will build a new brewery, expand production and find new routes to market its popular beers.

The brewery, founded in 2002, by former BBC Correspondent Alex Brodie is going from strength to strength.

In 2006, the brewery moved from its original base in Hawkshead to Staveley near Kendal and built its well-loved beer hall.

Subsequently, the business opened a further facility at Flookburgh, Cumbria.

As a result, they built the very popular beer hall (pictured) winning numerous brewing awards along the way.

Hawkshead Brewery is preparing to open its doors again to the public following the Covid lockdown.

The beer hall is set to open on April 12th in line with government guidance.