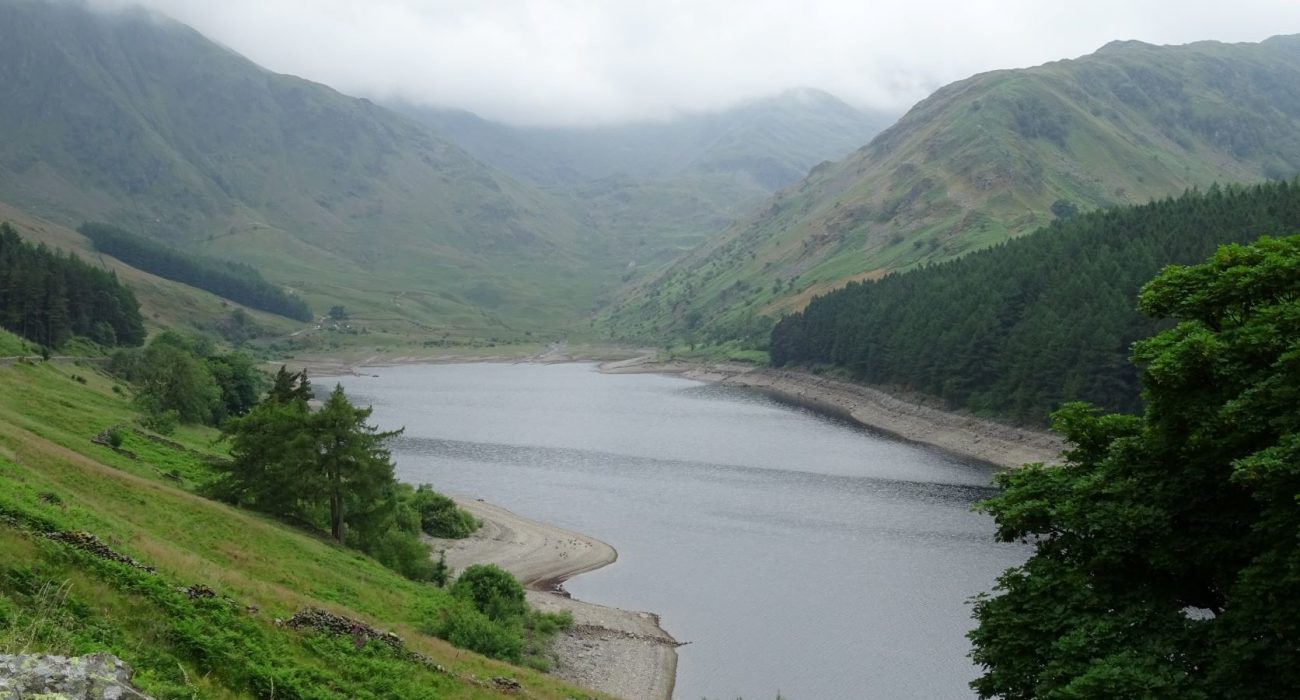 This artificial lake was created at the end of the 1930s by damming two natural lakes – High Water and Low Water.

The lake was built to supply water to the Greater Manchester area. The water quality here is one of the cleanest sources of water in the country.

Two villages of Measand and Mardale Green were flooded by the new reservoir and lost.

Access to Haweswater is only accessible by car. Usually, visitors have the lake all to themselves.

During times of drought, walls and ruins of the drowned village of Mardale can be seen.

A very rare fish can be found here too called the schelly. The only other places it is found is in Ullswater and Red Tarn on Helvellyn.

The RSPB have been involved in the Haweswater area for a long time. When golden eagles returned to the lake District to breed in 1969 it was Haweswater they chose.

For walkers, there is an 8.7-mile trail around the lake from the Marsdale Green car park situated at the far end of the lake.

For serious hikers, you can head west from the same car park, passing Small Water to get up to the top of High Street.