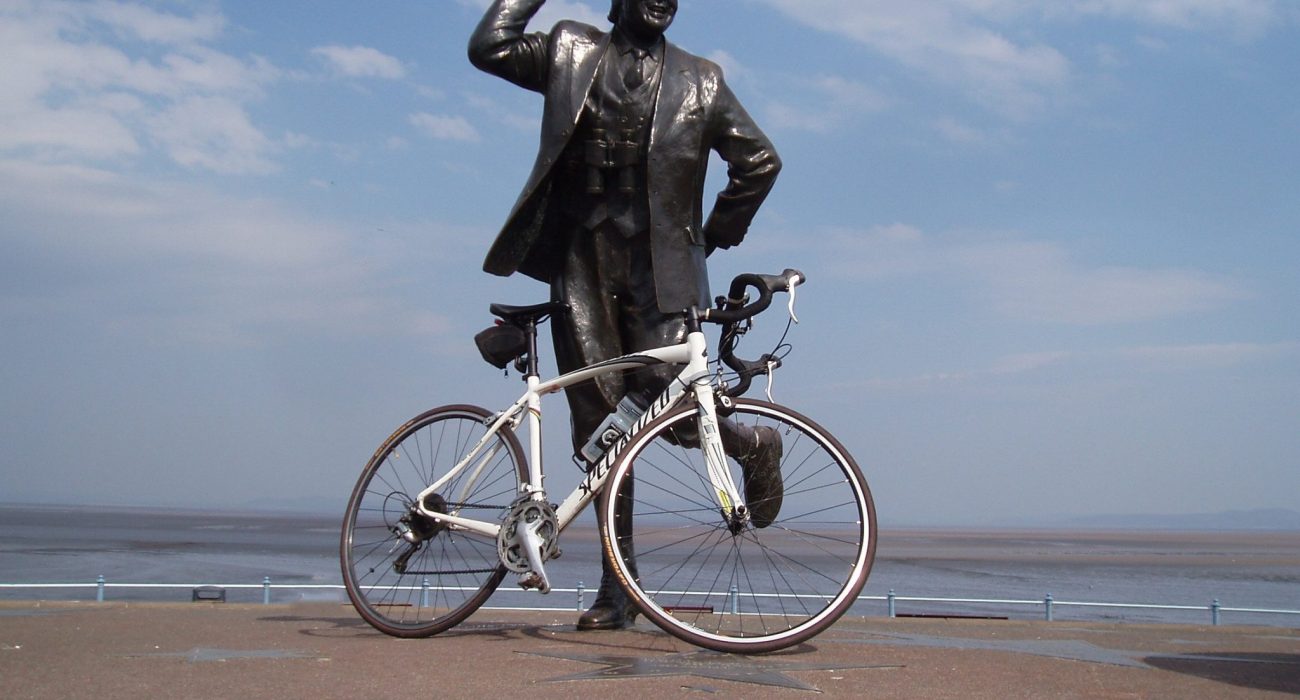 Grange to Morecambe cycling has been my challenge today.

Having stepped up my training regime for the London to Paris cycle ride in May, I managed 56 miles to Morecambe and back today.

Most of the route follows the ‘Bay Cycle Way’ which runs from Walney Island near Barrow to Heysham just outside Morecambe.

Additionally, the Morecambe and Lancaster area has over 70km of traffic-free cycle routes.

Similarly, the district is proud of its extensive cycling network. In fact, it’s the largest in Lancashire!

Furthermore, Lancaster is just one of six places in the country to be named a cycling demonstration town’.

Canal towpaths, rivers and other waterside paths in the area provide a network of scenic routes for cyclists without the hassle of traffic which makes them a great place for family bike rides.

I didn’t take a selfie as proof, instead’ one of my bike with Eric Morecambe which made a far better picture!

The Eric Morecambe statue was unveiled by the Queen in 1999.

The larger-than-life statue is a huge tourist attraction with Eric in his ‘bring me sunshine’ pose.