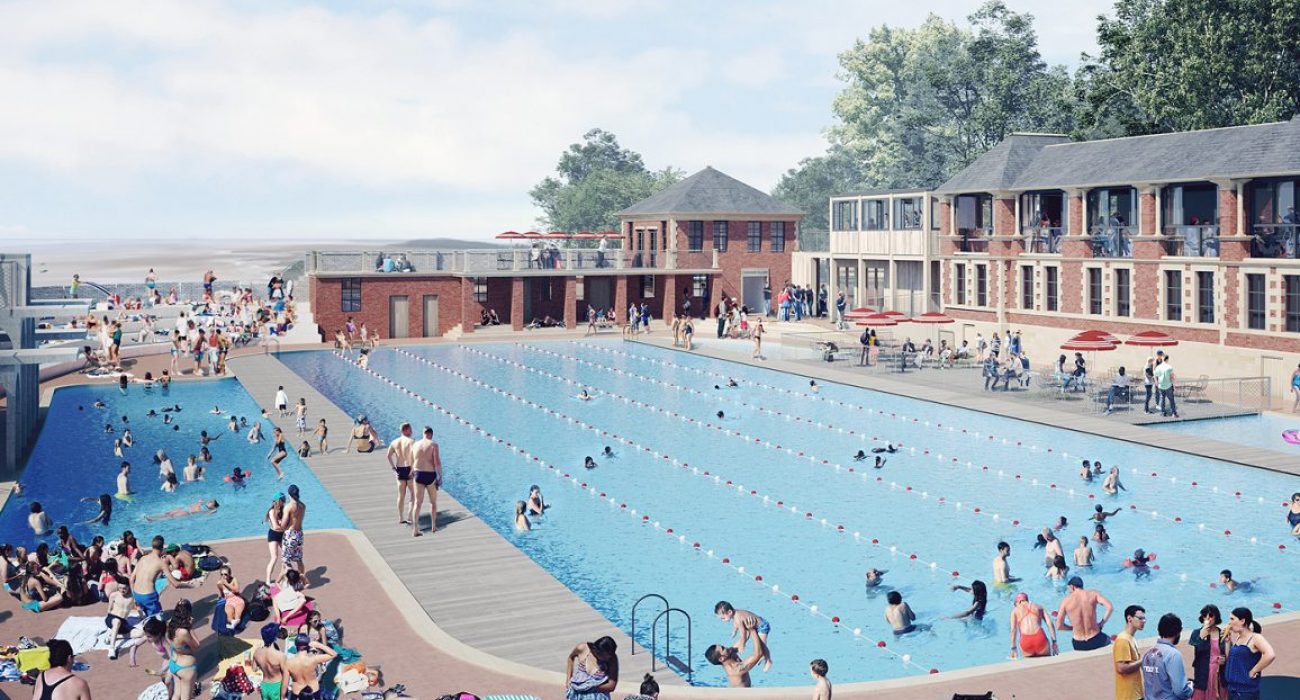 Grange Lido is the only remaining seaside Lido in the north of England.

It has stood empty since 1993 and has fallen into decline ever since.

In 2011, a group of concerned residents formed the ‘Save Grange Lido’ campaign group to save and restore this iconic building.

Detailed plans have recently been finalised, after engaging a specialist architect to draw up a restoration plan.

The new plans feature a restored lido which would include a 50-meter swimming pool and another heated pool.

Additionally, a café, gym, children’s play area and upgraded electrical services to the promenade have been considered.

In 2019, SLDC reported around £2 million is needed to make the lido site “safe, stable and accessible”.

The Lido opened in 1932 when such structures were a common feature across the country.

Grange Lido consisted of a saltwater pool with diving board and surrounded by a sun deck, changing rooms and an attendant room.

These ambitious plans would enhance Grange as a visitor attraction.

The £1.9M scheme to refurbish Grange Lido has been approved by South Lakeland District Council (SLDC).

Furthermore, this refurbishment will see the current derelict Grade II-listed site reopen for the first time in 25 years.

South Lakeland District Council has agreed to move forward on a £5.2m project to renovate the lido.
The historic swimming pool will begin to be restored to its former glory.
To begin with, the  first phase of the work will include; renovation to the main pavillion and diving board structure and to fill in the existing pool.
However, the proposal now excludes a central water feature which has reduced the cost significantly.

Additionally, the council has also agreed to structural repairs to the sea defence wall when completed.