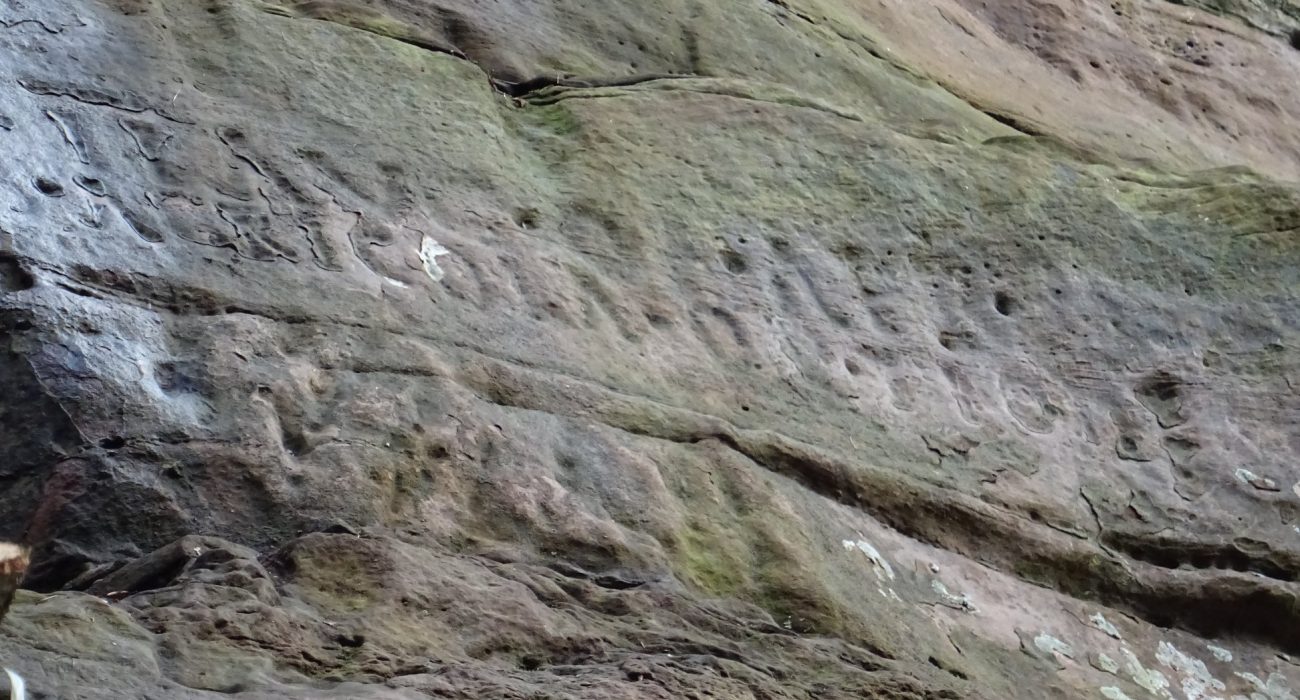 Delightful Gelt Wood near Brampton is  a fascinating place to visit.

A short walk from the car park  takes you into an ancient deciduous woodland.

The path follows the valley of the river Gelt taking in a red sandstone gorge and a Roman quarry.

This hidden gem of Cumbria contains some fascinating graffiti dating back nearly 2000 years.

Within the woods, sandstone cliffs still bear the marks of Roman stonemasons who quarried there during the building of Hadrian’s Wall.

The marks date back to AD2007 were made by workers quarrying stone for the repair and refortification of Hadrian’s Wall.

This site is one of only a handful of Roman quarries in England which still feature inscriptions.

The graffiti includes a caricature poking fun at a commanding officer and a good luck phallus symbol.

Due to erosion, a partnership between Historic England and archaeologists from Newcastle University are to make a photographic record for future generations before they are lost.

This site is one of only a handful of Roman quarries in England which still feature inscriptions.