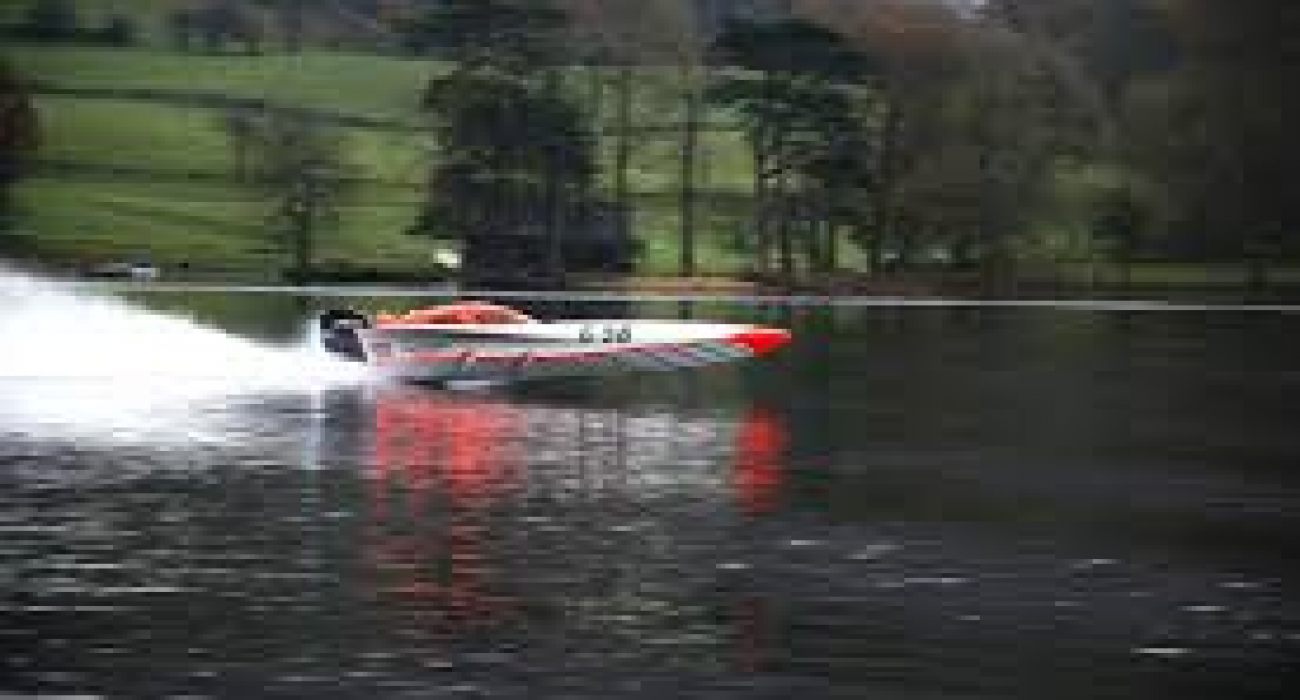 Coniston Power Boat Racing brings competitors and officials from across the world to Coniston.

The records week is the only event in the Powerboat Racing Calendar to bring together all classes of boat.

Consequently, Coniston Water is the spiritual home of record-breaking.

Hence, everyone wants to come and try to break a water speed record here.

In particular, the lake will forever be linked with the tragic death of Donald Campbell on 4th January 1997.

The celebrated British sportsman was 46 years old when he was killed attempting to break his own world water speed record in the famous jet-powered hydroplane ‘Bluebird’.

Donald Campbell broke eight world speed records on water and land in the 1950s and 1960s.

Coniston played host to four of his water speed triumphs.

Coniston Water is the third largest of the Lake District lakes.

It stretches southwards for about 5 miles.

The majority of the shoreline is in private hands, the remainder being in the care of the National Trust and the Forestry Commission.

Each of whom provide car parking and access from various points around its shores.

Consequently, it is a wonderful occasion seeing people achieve their very best on the water.

For visitors not here for the racing, they can still sail, take a launch, hire a boat or even splash around on the shingle beaches.