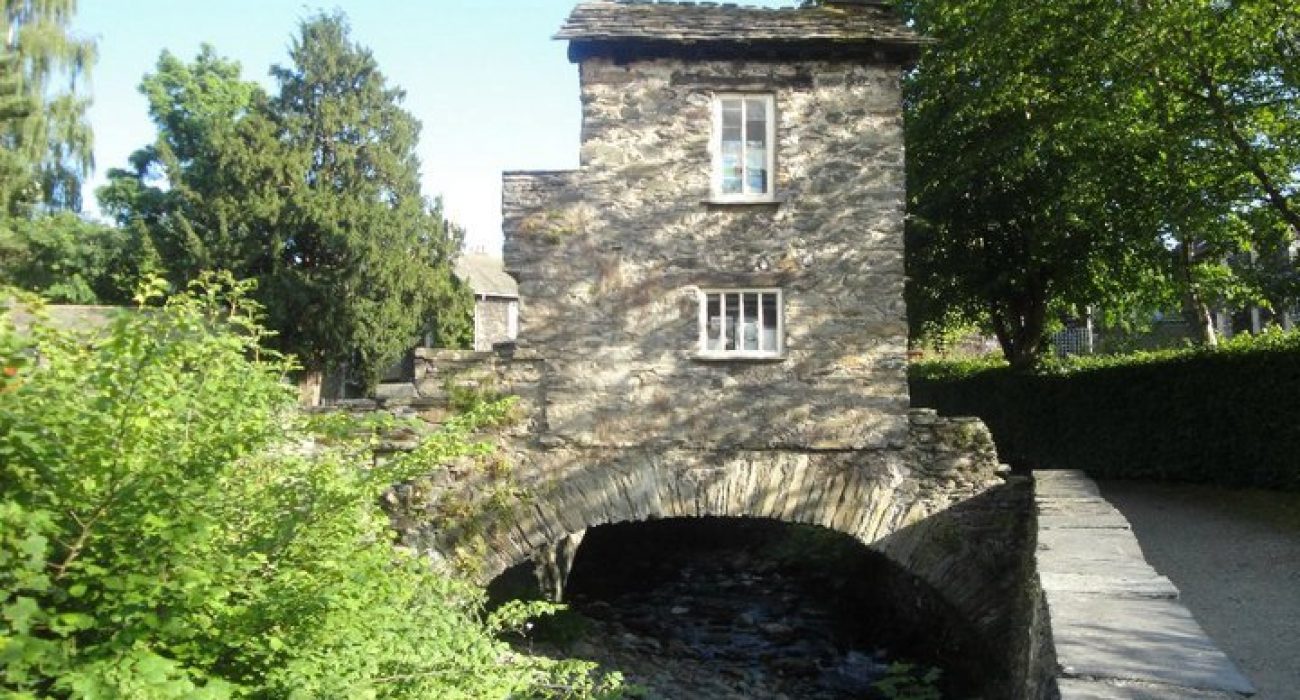 Bridge House was built over Stock Ghyll in Ambleside more than 300 years ago, probably as a summer house and apple store for Ambleside Hall.

It is the town’s curiosity piece; seen next to the A591 at the northern end of the town.

It has certainly been used as a permanent residence in the nineteenth century.

A Mr Rigg occupied it, in defiance of its proportions, and brought up six children there!

Bridge House has long been a great attraction for artists (including J.M.W. Turner).there