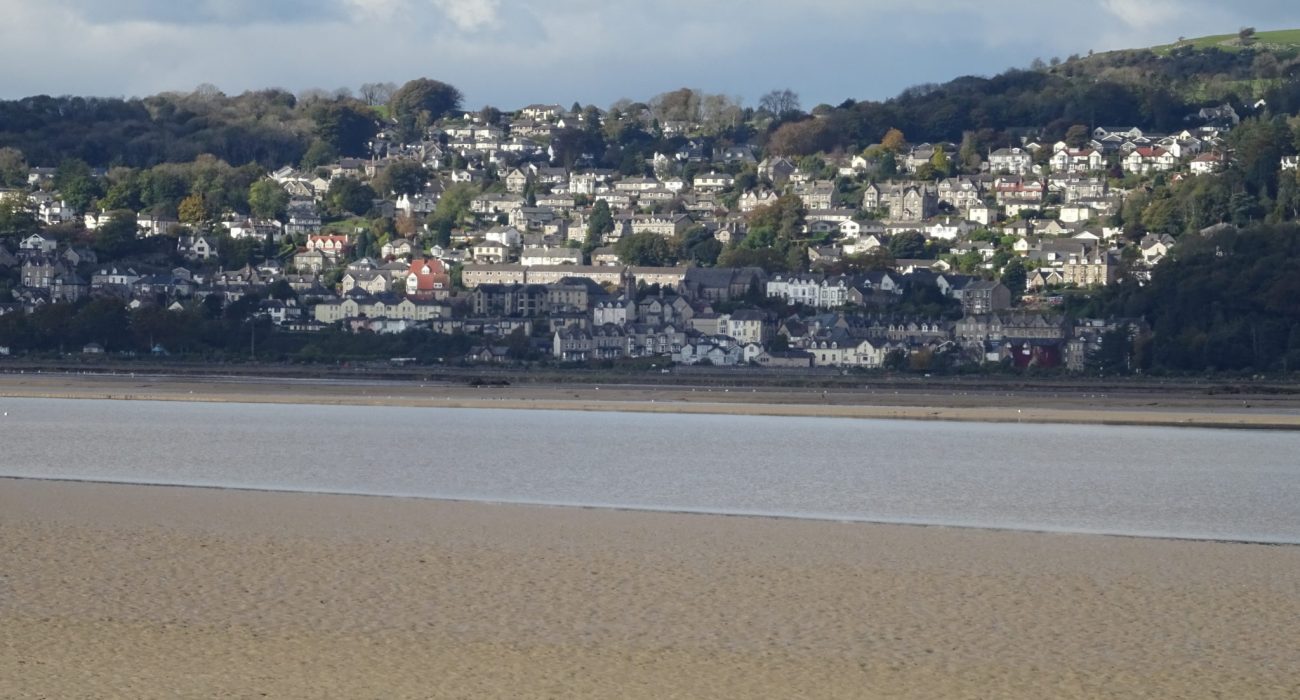 Following the arrival of the railway in 1857, Grange suddenly underwent a complete transformation.

Virtually overnight the area grew up from a few scattered cottages, to become one of the most popular Victorian seaside resorts of its time.

Grange finds itself sheltered from the cold winds by the broad, wooded backdrop of Hampsfell.

People found the mild, dry climate much to their liking.

Large hotels, schools, ornamental parks and the parish church were all built during this period.

Furthermore, numerous guest houses sprang up almost everywhere, in a frenzied attempt to cater for the sudden boom in mass tourism.

Most arrived by rail, along the line considered one of the most scenic routes in Britain. 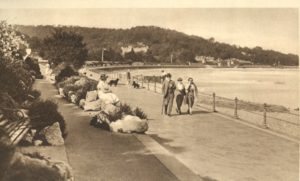 The majority of visitors would come during the summer bathing season.

In addition, some visitors would vary their stay to take advantage of the year-round equable climate and savour the medicinal qualities of the local spring water.

Mentioned in a brochure at the time, Grange was described as being the ‘loveliest spot on the Lakeland Coast’.

One inevitable result of the railway preceding the town is that is acted as a barrier to the sea.

Moreover, the line effectively limited the growth of large scale developments that has blighted other resorts.

The mile-long promenade was built as an afterthought in 1902.

It quickly became popular with its affinity with the open waters of Morecambe Bay.

Unfortunately, not long afterwards, an accelerated process of silting up occurred out across the sands.

Due to the silting, it eventually, became too shallow for the ferries and private yachts to negotiate.

The town’s heyday has long since gone, but the overall effect of the water as it sweeps across the whole bay is still there.

The local fishermen still continue the traditions handed down over many generations.

Although the fishing industry has slowly declined over recent years, the cockles, muscles, shrimps and fluke are generally considered to be without equal.