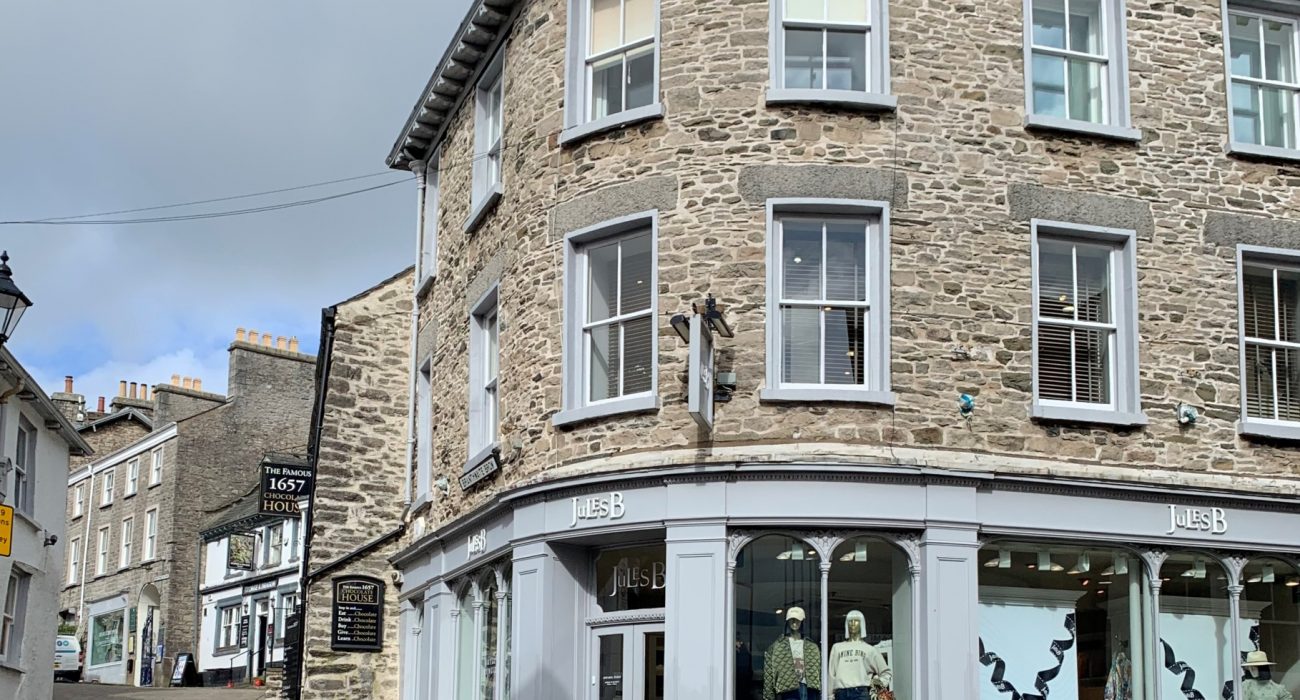 Thomas Sandes (1606-81) a cloth merchant and former Mayor of Kendal, founded a school and eight almshouses for poor widows. The gatehouse, once the master’s house, has single storey wings and housed the school and library in the chamber over the gateway. 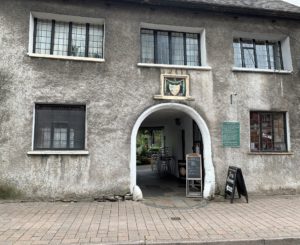 The houses were rebuilt in 1852 by Kendal architect Miles Thompson. In 1886 the school merged with Kendal Grammar School which was succeeded in 1980 by Kirkbie Kendal School whose Trustees still own the property.

Holy Trinity Church is Kendal’s oldest building.  Dedicates to the Holy Trinity, the church is always known as just the parish church. 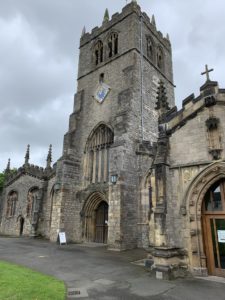 The core of the building consists of a chancel, nave, and inner aisles dating back to the13th-century. They were all re-modelled in the perpendicular style when the church was enlarged with the outer aisles in the 15th and 16th-centuries.

To the rear of Kendal Parish Church grounds is Abbot Hall, built on the site of the Abbot’s House which stood here in the middle ages. The present house was built in the middle of the 18th-century by George Wilson and was planned by John Carr of York whose portrait hangs in the house. The house remained uninhabited after being purchased by the Corporation in 1896. Until a trust restored the building to its 18th-century elegance. 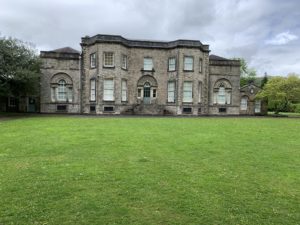 This fine example of Georgian architecture now incorporates an art gallery and cultural centre displaying permanent and changing exhibitions of work by artists and craftsmen.

The Ye Old Fleece Inn is generally accepted as Kendal’s oldest surviving inn, reputedly built in 1654. This date appears on a panel in the building to the left of the building which used to be part of the premises. 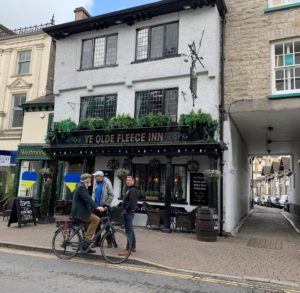 The inn is one of Kendal’s few remaining timber-framed buildings and is the only building in the town centre that retains its original jettied first floor supported by five pillars.

The inn was originally called the Golden Fleece, a symbol adopted by woolcombers during the annual processions.

Castle Dairy was built in the 14th-century and is believed to be the oldest continuously occupied house. It was refurbished in 1564 by Anthony Garnett and the exterior has remained virtually unchanged since except for minor changes to suit current needs. 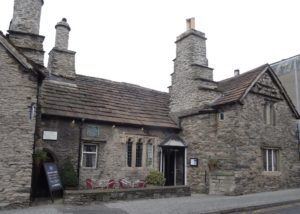 Doves or pigeons were an important source of fresh meat in earlier days. On the gables of Castle Dairy facing Wildman Street are entrances to the dovecotes in the roof.

PrevPreviousRampside Needle Lighthouse (saved as draft due to being duplicate content)